But it seems there has long been an interest in its health benefits. 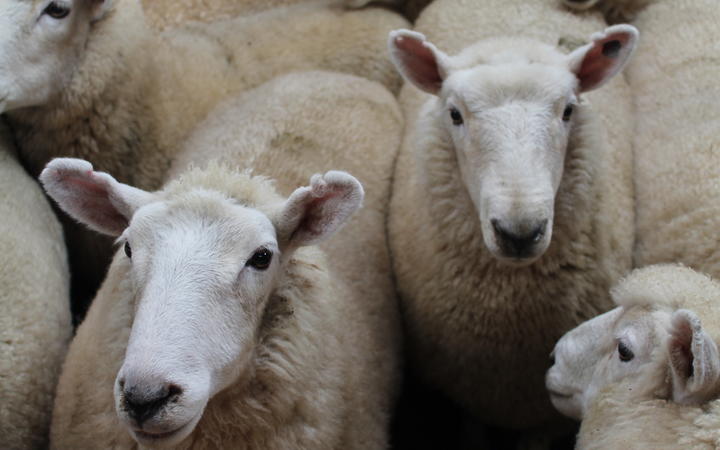 What is sheep placenta?

Not all mammals have placenta, but many do, including humans, sheep, horses, pigs, deer, cows, bats, elephants, rodents, and dogs.

It's a temporary organ that develops early on in pregnancy, attaching itself to the uterine wall and the umbilical cord, which connects the foetus to its mother's womb. It also supports the foetus by providing vital nutrients, oxygen and removing waste from the baby's blood. When a pregnant mother gives birth, the placenta is also delivered.

What are the possible benefits?

A placenta has three parts - the amnion which encases the foetus, the chorion which is the outermost foetal membrane around the embryo, and the umbilical cord. Each has different health qualities and is being used in various types of dietary and beauty products today, with claims that it helps fight ageing and spots on skin.

For example, the amniotic sac where a baby animal grows in is full of collagen, and the chorion contains coenzyme Q10 used in anti-ageing and dietary supplements. Some also claim that the derivative is also able to regulate hormones and provide protection to the immune system.

However, the claims are not largely substantiated due to a lack of conclusive research available in the present. It is, on the other, hand widely believed that placenta of sheep are enriched with nutrients, proteins, vitamins and minerals.

Plasma-injections have also long been used as an acute treatment for sporting injuries. Ten years ago, BBC reported on the astonishment when news came out that Arsenal striker was heading to Serbia for specialist placenta fluid treatment after he suffered torn ankle ligaments.

When it comes to animals, the mothers eat the placenta to help them recover from the exertion of birth.

Are there any associated risks?

Again, with the lack of research it's hard to say what the possible long-term effects of these products are.

One New Orleans dermatologist and clinical associate professor at Tulane University told Allure in 2015 that people have yet to explore what's in these beauty products scientifically.

"Many of the major cosmetics companies walk away from these types of products because they are potentially problematic," Patricia Farris said.

David Bank, a dermatologist in New York, told Allure in 2015 he worried the creams might do harm.

"There is a small amount of research that claims placental products moisturize and tighten skin, but there is also evidence that claims the estrogen present in placenta may cause problems," Mr Bank said. "There are plenty of other effective anti-aging products that do not contain placental extract."

What's NZ got to do with this sheep placenta market?

Some celebrities have already spoken out in favour of placental facials. And Beverly Hills-based specialist Harold Lancer, who has been reportedly said to provide several A-list celebrities with the treatment, was quoted by Stuff in 2012 as saying that New Zealand sheep were his top choice for the products.

"They have no impurities in their system," he said. "The stem cells we harvest are amniotic cells, which means no harm is caused to the animals. The stem cells are preserved because they are full of rich nutrients that fight free-radical damage to the skin and make it more radiant."

It's not just overseas that it appears this trend has taken interest, New Zealand too looks like it has its own market for the peculiar product. With a simple search online showing several NZ-based places, like Nature's Beauty, Net Pharmacy and Deep Blue Health, selling products with sheep placenta.

Nature's Beauty website shows it launched its ovine placenta products from as early as 2004.

Additionally, RNZ reported in 2017 on Agri-lab in Hawke's Bay which delved into animal by-products such as placentas, brains, and eyes to create health and beauty ingredients.

The business - which was established in 1999 - reported placenta to be its biggest hit in 2017. Although less 1 percent of Agri-lab's ingredients were bought by the cosmetic industry back then, it said that this market attracted big international attention.

"Ironically, those are the items that pretty much put us on the map, because when Reese Witherspoon, Simon Cowell, and Posh Spice use these placenta extracts on their face, the Daily Mail trace it all the way back to our little premises in Waipukurau," its owner, Angela Payne, said.

Agri-lab's customers come from all around the world, including the US, Japan, Canada, Germany, Denmark and Taiwan.

Ms Payne said buyers came to her, rather than the other way around.