Demolition work for one of the new stations on Auckland's City Rail Link - the new Karangahape Rd station - gets underway this morning. 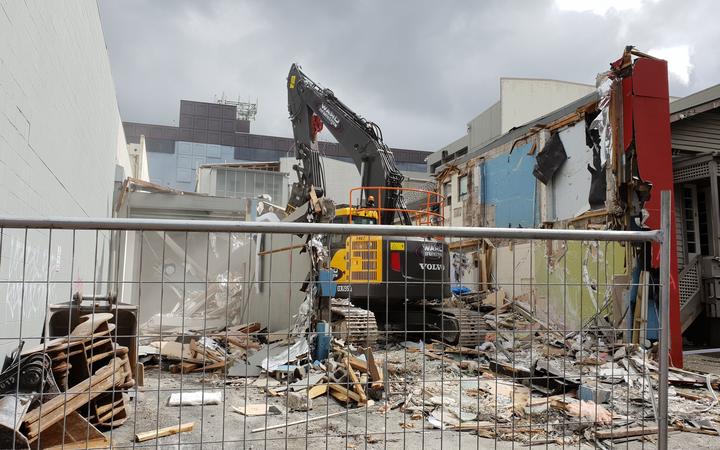 But how local businesses will be impacted is yet to be seen, especially considering at least 20 shop owners who say pedestrians less often visit what is now a permanent construction site along Albert St.

Albert St, he said, was about a 450 metre-long excavation which was there for three-and-a-half years and then "we've been asked to do extra work to improve the urban rail".

"That's what really caused the pain for the people in Albert St is they understood the works were going to finish sometime this year and now they won't finish till sometime next year. The fund that's been set up to look at the impact of that delay, not the initial work."

The government and Auckland Council agreed to make ex gratia payments for some Albert St businesses most severely hurt by the disruption. But exactly who will get payments and how much has yet to be determined.

The fund will be managed by CRL Ltd and the budget will come from existing project costs.

There's no construction works planned on Karangahape Rd; there will be work around Mercury Lane, he said.

In Mercury Lane, demolition work will begin in two phases starting with CRL Ltd-owned buildings and Mercury Plaza which has the food court. Phase two of the demolition involving surrounding buildings is estimated to finish in April 2020.

Work will be carried out from 7am to 7pm on weekdays, and between 7am and 2pm on Saturdays.

In Beresford Square, there's going to be a large excavation taking out buildings, he said.

"There will be an area in Beresford which will have safety barriers around it for an excess three years. There'll be a similar one on Mercury Lane.

"It will be at times dusty and noisy, it is a construction site."

He said there would be "impact on the surrounding area, but we're working very hard at minimising those to the best of our ability".

Blocking off areas only when work is on and communicating with surrounding businesses were a few ways he noted businesses could be less impacted.