Motorists have been asked to avoid the Christchurch Northern Motorway, and one person is injured after a car and motorbike crash in Hoon Hay. 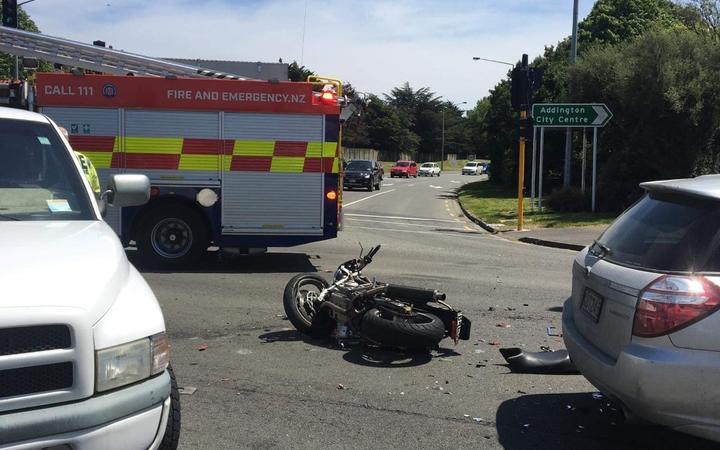 The Transport Agency says motorists have been experiencing hour-long delays on the Northern Motorway this afternoon, due to roadworks and an unexpected combination of good weather, jet boating and events in Kaiapoi.

A spokesperson for the agency says the motorway is currently at reduced capacity because of lane closures while roadworks are carried out. Motorists are being asked to avoid the motorway both today and tomorrow.

Electronic signs have been advertised the road works for several days, but the amount of traffic this weekend has been more than anticipated.

During the afternoon motorists were also asked to avoid a busy Christchurch intersection in Hoon Hay, which was blocked after a crash between a motorbike and a car.

The collision happened between Hoon Hay Rd and Lincoln Rd, south of the central city, at about 12.45pm.

The police say one person is injured.

Police, firefighters and St John Ambulance responded to the crash, and multiple lanes of the intersection were blocked, but the road was reopened shortly after 4pm.