The president of the Corrections Association fears for staff who have to work with recidivist prisoners like Stephen Williams. 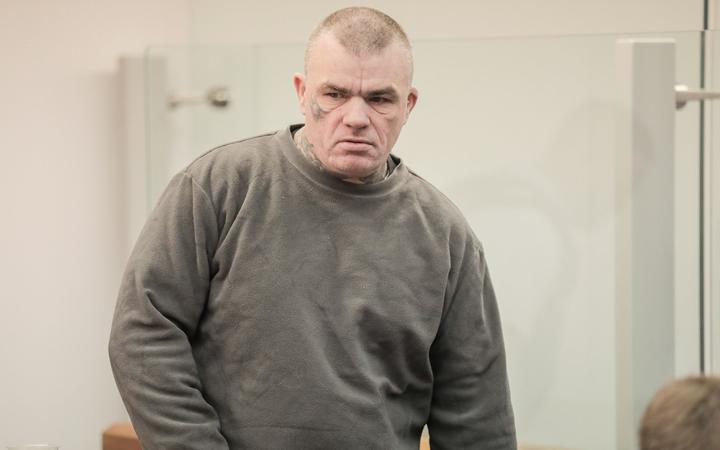 Williams yesterday was handed a rare second sentence of preventive detention, for stabbing a fellow inmate in the throat.

The preventive detention sentence means Williams cannot be released until he can prove he is no longer a risk to society.

During the sentencing, Williams eyeballed the press bench and swore at and threatened to kill a photographer.

He is already serving a life-sentence for the murder of six-year-old stepdaughter Coral-Ellen Burrows in 2003.

Canterbury's Howard League president Cos Jeffery said the decision to lower his security status needed to be examined.

"If you've got someone who doesn't want to be rehabilitated, wants to go around causing violence and mayhem then why would you slot him up with somebody when there's an obvious risk.

"The staff are the ones that have to deal with an incident when it happens ... we've got to go in and deal with that and the aftermath of what it's caused but the potential is any prisoner could do that at any point in time, it's one of the risks of the job."

He believed Corrections had to change the way they were managed.

Williams had proved he could not be trusted and would need a strict prisoner management plan to mitigate the risks he presents, Mr Whitley said.

"The person's proved that they're not safe, they can't be trusted and we just can't keep giving them opportunities to be trusted when they've proven beyond all doubt that they cannot be trusted."

Corrections staff need to be able to revoke access to common items such as pens, pencils and toothbrushes, he said.

"We need to look at what the prisoner is given. Anything and everything we give a prisoner could potentially be a weapon and they need to make sure that we're not giving somebody like that common items that are available in the prison that they in turn can use on us."