Organisers of a gun show selling legal antique firearms can't get a plug in their local paper due to a ban on all firearms content. 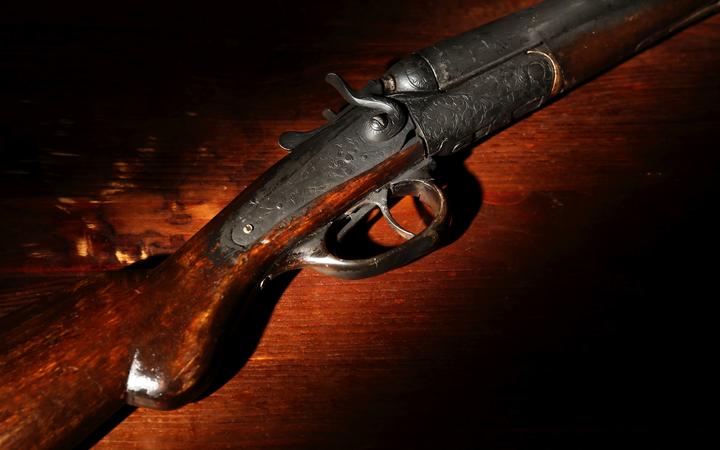 News website Stuff put in place a blanket ban across all its national mastheads on any advertisement selling guns or promoting gun shows in the wake of the Christchurch mosque attacks.

But organisers of the Taranaki Gun Show say they're historians, researchers and that the show isn't just guns but militaria and memorabilia.

When they contacted the Taranaki Daily News hoping to buy advertising in the paper they were told that "due to recent events we are no longer allowed to do any gun or firearm-related advertisements at all. Even gun club meeting notices are a big no at the moment."

NZ Antique and Historical Arms Association president Andrew Edgecombe said the event was all above-board, and while there were firearms dealers selling guns - every one of them had police consent to trade for the weekend.

"They said they'll consider it if we change our wording call it something else and don't mention guns but they won't mention our Facebook page.

The guns they're selling at the show are legal even after an overhaul of the firearms act which saw military-style assault rifles banned - amongst a raft of other changes.

They'll still be legal even under more proposed changes to the firearms act to tighten up the law.

Mr Edgecombe said they'd never had a problem before with the event that had a strong focus on antique firearms.

"And it's not just firearms, it's militaria, it's collectables and accoutrements that all go hand-in-hand. This is the stuff our fathers went to war with."

Stuff confirmed in a statement that they had banned firearms advertisements of any kind across all their publications.

"After the tragic Christchurch shooting in March 2019, Stuff CEO Sinead Boucher made the decision to remove all firearm advertising from Stuff platforms for the foreseeable future.

"This decision was a judgement call and reflects the sense of responsibility we have to our audience and the communities we serve."

Media commentator Gavin Ellis said Stuff had a right to refuse any advertising content - as it was a private business.

"They can refuse to take advertisements if they wish.

"They're not a public service in that regard, if they were refusing to write anything about guns that would be a different matter because then they would be denying the public access to information they have a right to know."

In emails to the Taranaki Gun Show, Stuff said even notices of gun club annual meetings were "a big no" but have since clarified that those notices are allowed.