National is concerned the government's bill to tighten up gun laws and introduce a gun registry will stop gun owners in mental crisis seeking help from their GPs. 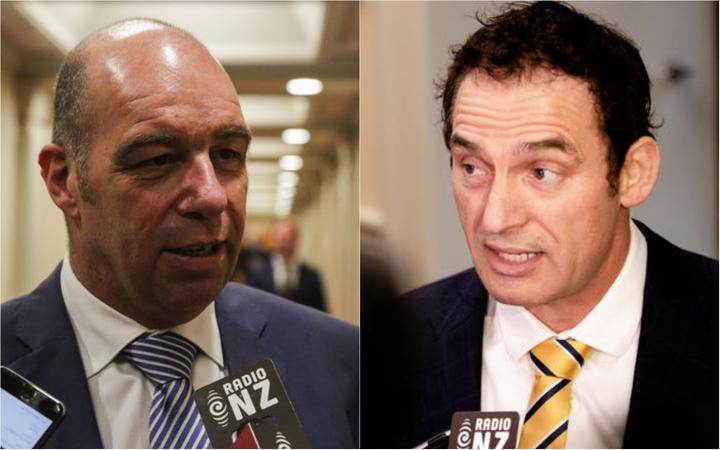 The bill is the second tranche of gun law reforms following April's ban on military-style semi-automatic weapons and assault rifles after the Christchurch mosque attacks.

The government says introducing the gun registry and introducing new offences and penalties for the illegal manufacture and trafficking of weapons will improve the authorities' ability to monitor firearms lawfully entering and exiting the country and help combat organised crime.

The bill also includes provisions to enable health practitioners to notify police if they have concerns about a licence firearms owner's health or wellbeing.

Mr Hudson said, although parts of the bill were commendable, the new provision regarding health could make law-bidding firearm owners reluctant to come forward to GPs for help in a mental crisis due to fears their firearms licence could be revoked.

'If you're a firearms owner and you're concerned if you're having life challenges, that if you seek some assistance for those you may discover a police officer on your doorstep at night wanting to talk to you.

"There's a very real possibility people may choose not want to go to see their doctor or health practitioner and with the concern we all have around mental health in New Zealand at the moment, that's not a great outcome."

He said there was a precedent found in the Civil Aviation Act that allowed authorities oversight and personal scrutiny of individuals in order to reduce the risk of harm to a wider population, but questioned whether it was appropriate to apply this to 240,000 gun owners.

Mr Nash said the mechanism of the bill would act as a barrier to people seeking mental health help.

Police Minister Stuart Nash told Morning Report he was confident the government had the numbers to pass legislation. He said the Privacy Commission was happy with the bill's proposed provisions as a means of protecting people's safety, but that amendments could be considered during the select committee process.

He said the bill did not stigmatise people with mental health issues.

"In preparation for this we talked to the organisation Rural Women NZ. They said one of their greatest fears is their men folk taking the guns and going to the back of the farm and never coming back," he said.

"This isn't about stigmatising people with mental health issues, this is about ensuring that people who own firearms are fit and proper and what we are only asking doctors to do is, if they have a concern that one of their patients may have dropped below that fit-and-proper test, to give the police a call.

"If it's minor, they will call the person and interview that person, their family and friends, just to make sure that all's ok. If it is serious, if the doctor has serious concerns, then police can put in an immediate suspension and take the firearms away."

If police wanted to revoke firearms licenses the process needed to go through an independent assessment, he said.

"Again, it is not police making this assessment, it is medical professionals," he said.

Prime Minister Jacinda Ardern had said she hoped the bill would get cross party support, but after National saw a leaked draft of the billl last month the party said it was unlikely to gain its support. The party will decide tomorrow whether to back the bill.

The bill introduces new offences and higher penalties and will see New Zealand accede to the United Nations (UN) Protocol against the Illicit Manufacturing of and Trafficking in Firearms, Their Parts and Components and Ammunition (the Firearms Protocol).

Its proposed register will be largely online and similar to the motor vehicle register operated by the NZ Transport Agency. It will take five years to roll-out and will then be reviewed.

A Commissioner's Firearms Advisory Group, which will also include members of firearms organisations, will be established to support achieving the objectives of the Arms Act.