The Hauraki District Council has elected its first ever Māori councillor. 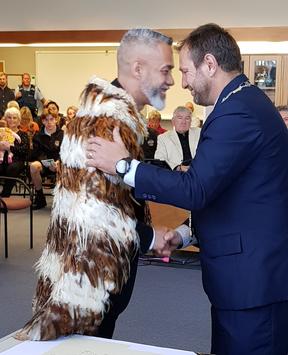 Rino Wilkinson of Ngāi Tamaterā has been welcomed as one of the newly elected councillors for Paeroa Ward.

Mr Wilkinson said he was shocked to find out he was the first Māori councillor.

He has been given the portfolio of community recreation, which he said was right up his alley.

But he said his biggest challenge would be helping to find a resolution to the Hauraki settlement, which has a number of overlapping claims.

"I feel like sometimes because I'm the first Māori to be elected to the Council I kind of got thrown under the bus, but I want to connect to my people and have that connection to our people back home as well, and I want to be one of many voices for our people in our iwi."

He also wanted to get more Māori enrolling to vote.