A Sikh temple in south Auckland has been ordered to pay tens of thousands of dollars for breaching employment laws. 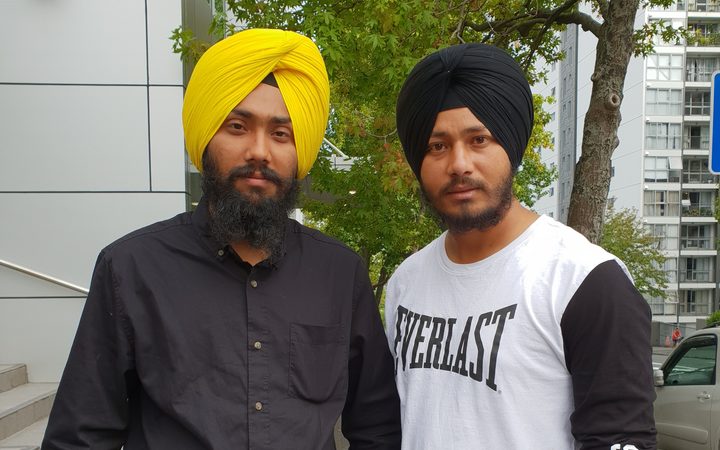 Harpreet and Jaswinder Singh were employed by Sri Guru Singh Sabha in Papatoetoe from October 2017 to May last year.

So the pair took the temple to the Employment Relations Authority earlier this year.

The authority has found the temple breached the men's employment agreements, the Minimum Wage Act and the Holiday Act.

It has ordered the temple to pay Harpreet Singh over $32,000 and Jaswinder over $34,000 for lost wages and holiday pay, and compensation for humiliation and loss of dignity.

The temple must also pay a $40,000 penalty for breaching employment laws.

The pair, both Indian citizens, are qualified Raagi Jatha - a religious role that many in the Sikh religion describe as similar to a temple priest or preacher.

Aside from performing instruments, singing and delivering prayers in a religious ceremony, they were also involved in teaching children, cleaning the temple, and occasionally preparing and serving food to the congregation.

The employer had promised to provide the pair with accommodation, meals and medical expenses valuing $15,000 per annum in the employment agreement, but the authority found it failed to do so.

"There was no furniture, only two mattresses and a mirror on a wall. There were two windows. One had a curtain and the other had newspapers covering it," the authority's determination statement said.

"The room had a leaky roof that leaked water onto Jaswinder's mattress. Despite complaints being made, the holes in the roof were not fixed, although both men were provided with new mattresses."

The temple accused the pair of being responsible in the stealing of its holy books and abandoning their employment without providing any notice but the claims were overturned by the authority.

The temple also failed to provide travel expenses from India to New Zealand as promised in the employment agreement, according to the authority's findings.

It had taken both of the men's passports upon their arrival and didn't give them a vehicle and fuel card for travelling, the authority said.

It also failed to pay wages, for the work Harpreet and Jaswinder Singh had done on statutory holidays, and failed to pay holiday pay on their termination.

The authority said that the breaches were "intentional".

"There was clearly an inequality of power. The applicants were both migrant workers from India. They spoke no English and their work visa were tied to the respondent [the temple]," the statement said.

"They were in a particularly vulnerable position not only because their employment was linked to their work visas with the respondent, but also because they were unfamiliar with New Zealand laws and regulations."

The authority said the temple had provided the Inland Revenue with earning schedules during the pair's employment, but they were "inconsistent with the amounts the parties acknowledged had been paid".

A support person for the duo, who also called Harpreet Singh, said he was pleased with the authority's determination. He's the founder for rights advocate group Sikh Aware and has been helping them with translation and advice.

"I think this case has global ramifications and has been followed by the Sikh community not only in New Zealand but across the world. For the entire Sikh community, this is a moment for celebration," Mr Singh said.

"Such a case will deter the employers, the sikh temples and any one who exploits their employers. It sends a strong message to the employer community that migrant workers are not to be exploited."