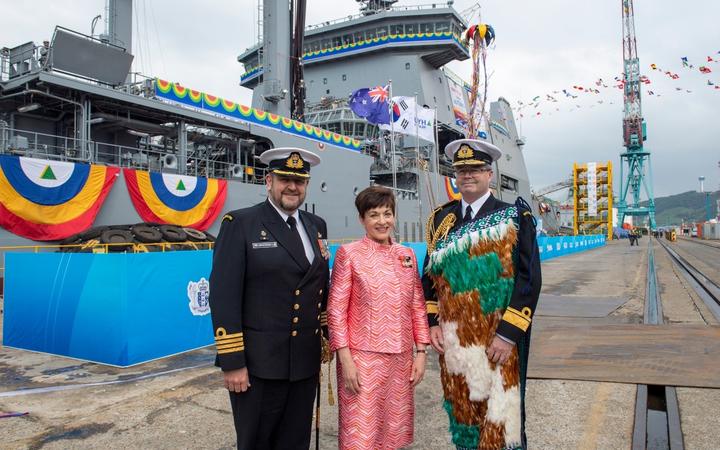 The new sustainment vessel will be the Navy's largest ship, at 173 metres long, and is named Aotearoa.

It replaces the Endeavour, which was built and launched at the same shipyard, the Hyundai Shipyard, in 1987, Rear Admiral David Proctor said.

Aotearoa boasts state-of-the-art design and capability features, including ice-strengthening for operations in Antarctica.

The ship will operate as a fleet tanker and supply ship. It has the ability to produce 100 tonnes of fresh water each day, which is critical when providing humanitarian aid and disaster relief.

After sea trials, Aotearoa will sail to New Zealand in the second quarter of next year and be formally commissioned at the Devonport Naval Base in Auckland.