Today at 1.30pm hundreds of thousands of people across the country will drop, cover and hold as part of a nationwide earthquake drill. 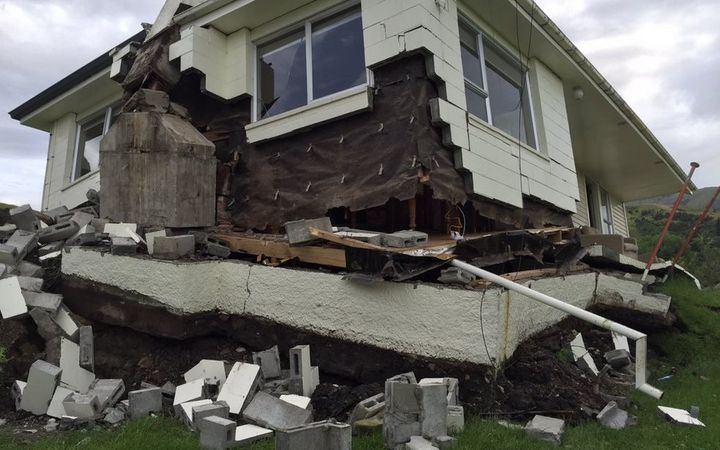 File photo of a house at Bluff Station between Blenheim and Kaikoura that was demolished by the shakes. Photo: RNZ / Alex Perrottet

Nearly three-quarters of a million people have signed up for New Zealand ShakeOut, which encourages schools, workplaces and households to practise their response to an earthquake or tsunami.

It is part of the global ShakeOut event and New Zealanders will be among the 65 million people who will come out a bit more prepared to self-evacuate during an earthquake or tsunami.

In Auckland, nearly 700 businesses, schools and organisations have signed up.

"This is an annual opportunity to practice the right action to take - drop, cover, hold."

Mrs Stuart-Black said families should also take time to familiarise themselves with evacuation routes and plan how they would meet or communicate if a natural disaster struck and they were all in different places.

"It's a great opportunity to have that conversation and make sure everyone in the household is clear about what to do and where you'll meet up."

Those living in coastal areas should plan their evacuation by moving inland or uphill, she said.

"Local source tsunami may arrive in just minutes. If you feel a long or strong earthquake, don't wait for an official warning - if it's long or strong, get gone."

In an emergency, tune into Radio New Zealand for Civil Defence alerts.