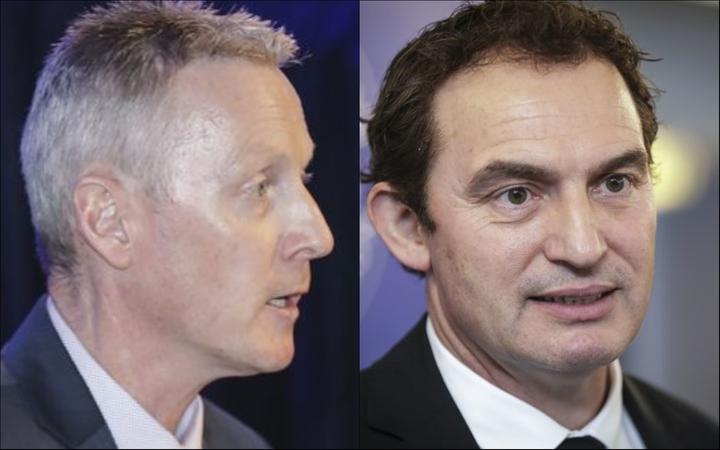 He said that was because he had not heard from the perceived bullies in each situation.

RNZ has talked to 90 current or former sworn and non-sworn police staff who say bullying is widespread in the police.

They say the culture of bullying is led by senior staff, and is condoned by those in the executive team.

Some staff members have considered suicide as a result of the bullying they have encountered.

Members of the human resources team at police say there are serious issues in the way they deal with complaints, saying their role has been to protect the police at the expense of the employee.

And they say the complaints system, called Speak Up, is not working for those who complain.

Mr Nash was speaking at the opening of the Police Association's annual conference this morning.

While he did not address bullying during his speech, in a media stand-up afterwards he said he has made clear to the Police Commissioner Mike Bush that bullying should not be tolerated.

"First of all, I'll say that police do take allegations of bullying very, very seriously," Mr Nash said. "There's no doubt about that.

"The second thing I'll say, there's an element of natural justice in this. If someone is bullied, then we also need to hear the side of the story [of] the person who allegedly bullied that person, for example.

"But we do want to get to the bottom of this because bullying is not acceptable. And if someone has truly been bullied, then this needs to be sorted."

Police Association president Chris Cahill said his body had expressed concerns with the police about bullying, and the Speak Up complaints process in particular.

"The key for us is that there's a safe environment for people to come forward, make their complaints and know they'll be listened to and they'll be addressed appropriately," Mr Cahill said. "It has to be a fair process as well.

"But if research shows, and ongoing [research] shows that can't be done without a more independent body being involved, that is something police may want to investigate.

"But I totally agree with the Minister. We can't say this isn't a problem. We need to understand that and the key is to make a safe environment for people to speak out."

RNZ put to Mr Nash that 90 people had now come forward to detail their concerns with bullying in the police, but he remained cautious.

"I don't want to trivialise bullying in any way, shape, or form," he said. "But as mentioned, there are two sides to every story.

"You know, I think I've read one, one or two [stories], where people have actually named or come out and said that this is who I am, and this is a circumstance, but the other 88 you know, it's very difficult to understand the situation.

"And, you know, police operate in a very fluid dynamic environment where they have to make calls in a split second.

"So, there are often two sides to every story and in order to be able to address each and every one it's important to know both sides."

Mr Nash said he had faith in the police to address bullying concerns.