The ACT party leader has paid tribute to the well-known Tauranga sailor and ACT candidate who died when his yacht sank in bad weather yesterday. 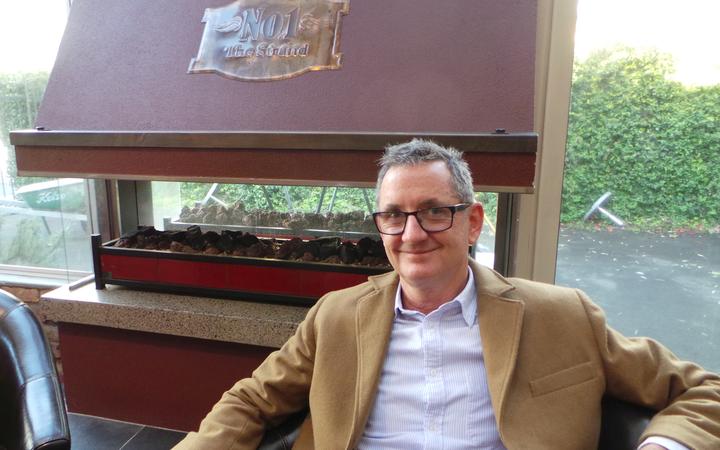 Stuart Pedersen, his wife and two others were on the 14m sloop when it started taking on water and sank 37km off Cape Brett, Northland.

Mr Pedersen's wife Pamela has been discharged from intensive care unit and is recovering in a ward at Whangārei Hospital. The two other survivors have been released from hospital, SunLive reports.

"Stuart Pedersen was a kind man, a fantastic family man, he chaired a trust in Tauranga to give back by teaching more kids and introducing them to sailing, ACT Party leader David Seymour said.

Sailing was his passion and he generously shared that with other people. "It was a terrible thing that he was lost even if he was doing what he loved."

Mr Pedersen was chairman of the Bay of Plenty Sailing Academy Trust and a successful entrepreneur. He worked in the economics and investment fields, and was a private investor and an active volunteer in the community through Rotary, SunLive said.

Rescuers braved strong winds and high seas trying to save the crew. An Airforce Orion flew dropped a life raft, while two rescue helicopters travelled from Auckland and winched the four people on board.

Tauranga Yacht and Powerboat club commodore Andy Knowles said the crew sailed up to the Pacific Islands around April or May to avoid the New Zealand winter.

"They were very nearly home," when they encountered trouble, he said.

He said the yacht sank too quickly for the crew to activate the onboard locator beacon, and their life raft blew away.

"From what I've heard it sounds as if we were very lucky we didn't have four dead people," he said. "It was purely because Bruce Goodwin, who was one of the crew, had his own personal locator beacon, which he tied onto his jacket at all times. So when they found themselves in the water he was able to push a button on that."

He said "everyone [at the Club] was devastated. He was a very active club member, we have Wednesday night racing - it's our big racing event - and he was an absolute regular," Mr Knowles said.

While it was their first time making the journey to the Pacific Islands, Mr Knowles said Mr Pedersen had sailed the same yacht around the world.

"Stuart and his family sailed it all the way around the world before they moved to Tauranga... it took two or three years," he said.

"The boat had done many, many miles. I do not know what went wrong with it, but I heard it sank really quickly," he said, which suggested structural failure or a collision at sea.

Mr Knowles said even though Mr Pedersen had stood as an ACT Party candidate, he "absolutely hated the idea of actually going into parliament".

The Auckland Rescue Helicopter Trust's crew chief Mark Cannell says there was no sign of the yacht or their onboard liferaft, which had blown away, by the time they arrived.

However, an Air Force Orion dropped another liferaft down to them, Mr Cannell said.

Conditions were taxing, with strong winds and waves nearly 10 metres high and getting larger, he said.

"[The waves] were building as the operation evolved to the point where some of these waves were starting to break," he said. "One of them hit the liferaft quite hard and our wireman that was trying to recover these people from the water he did a very good job in some pretty difficult circumstances."

Mr Cannell said he did not know why the yacht sank, but he said being able to hone in on a personal locator beacon helped ensure they were rescued quickly.