Recreational divers, snorkellers and lobster potters are to be used in a survey on crayfish numbers along a big stretch of New Zealand coastline. 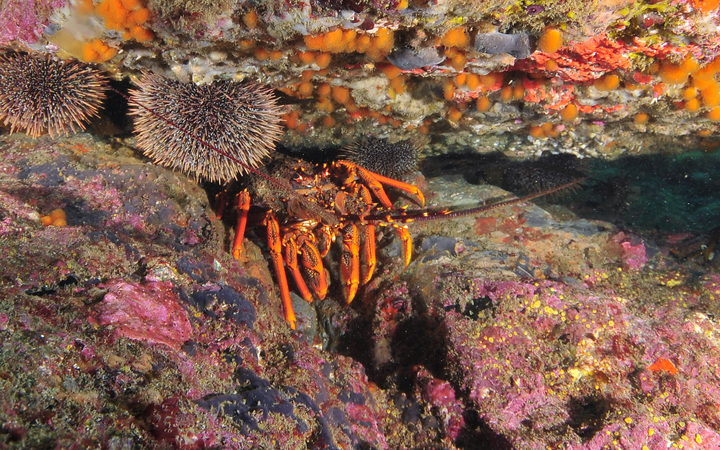 This has been announced by NIWA and the Ministry for Primary Industries.

The coastline being studied stretches from Leigh, north of Auckland, through the Hauraki Gulf and across the Bay of Plenty as far as Te Araroa on the East Cape.

The study follows a government announcement last year of big cuts in the allowable catch, after fears grew that crayfish numbers were declining fast.

The Ministry and NIWA have now decided to survey people using 12 boat ramps in the area over 41 days selected at random until February.

The idea is to get an early idea on how numbers are recovering for crayfish, which are officially called rock lobster.

"People returning from gathering lobster will be asked by interviewers if they can measure their catch, when and where they've been fishing and which methods they used," said NIWA fisheries scientist Bruce Hartill.

"Fisheries New Zealand need to understand any changes and trends over time. This is incredibly important information and we appreciate everyone's co-operation."

Mr Hartill stressed the interviews were voluntary but said the more information the researchers got, the better the data available to Fisheries New Zealand would be.

He said the aim was to make sure that crayfish numbers were re-built in four years.

This survey was right at the bottom of the curve and it was too early to tell if the measures announced last year were successful.

But in time there would be more information to draw conclusions from.

The current survey was a pilot scheme but it was hoped to extend it for a total of five years.