The newly-elected council member for Christchurch central has admitted to having a code of conduct complaint lodged against him while serving on a community board. 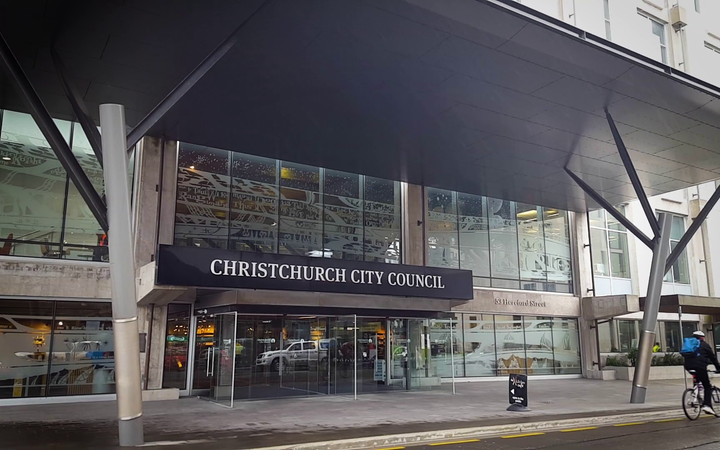 Mr Swiggs' campaign was marred by claims he sent inappropriate social media messages to people as young as 13, and insisted on hugs instead of handshakes.

There is still no indication from the Christchurch City Council when it will decide what happens with the code of conduct investigation into Deon Swiggs.

Before the election, a retired judge decided the allegations were worthy of further investigation and referred another matter to the police.

His defeat leaves the question of what will happen to the investigation up in the air. As an ex-councillor the council no longer has authority or jurisdiction over his actions.

However, youngest person to lay a complaint against Mr Swiggs wants to the council to continue its probe.

"I would be disappointed if Christchurch City Council did not follow through with their responsibility to ensure complaints by young people about the actions of a sitting Christchurch city councillor are fully investigated, especially as this may assist CCC in putting policies and procedures in place to ensure no other young person would feel the same way I have in places I am supposed to feel safe," he said.

He said the complaint was not politically motivated. The group advocating for all of the complainants, the Canterbury Youth Workers Collective, was also asking for the investigation to continue "as soon as possible".

Manager Penny Prescott said this next step was "vital" in considering the complaints of the young people.

This afternoon a two line statement from the council's new chief executive, Dawn Baxendale, said they would release a statement "if and when" they were in a position to do this.

She said as a new council they had "a number of matters" they needed to deal with. Mr Swiggs declined to comment.

Meanwhile, Jake McLellan, who benefited from the revelations surrounding Mr Swiggs, propelling him to victory, has revealed to RNZ that he had received a complaint when he served on the local community board.

The 27-year-old disclosed the information in an interview with RNZ this morning.

"I received a complaint around some letters that I sent out, it essentially didn't go anywhere.''

Mr McLellan, whose mother is acting Labour Party president Tracy McLellan, said it was over a year ago.

"The suggestion was that I used council resources, which was totally incorrect and the matter was dropped.''

The council's head of community support, governance and partnerships, John Filsell, confirmed the complaint but had a slightly different version of how the matter was resolved.

He said the complaint was from a member of the public, about Jake McLellan's use of the Christchurch City Council logo with the Labour Party logo on a letter asking, amongst other things, which way the recipient voted in the general election.

Mr Filsell said the complaint was made in July 2018.

"No further action was taken.''

Former Christchurch City Councillor Deon Swiggs said he welcomes a call for the council to continue investigating his behaviour.

In a statement this evening Deon Swiggs responded, saying he would continue to fully and respectfully co-operate with the investigation, as long as the process is fair and transparent.

"I am disappointed with the way the Christchurch City Council continues to deal with this issue, forcing the situation three weeks out from an election and now advising media today that CCC isn't in a position to make a decision on how we progress."

He denied exchanging text messages, calling or meeting with the complainant outside official events.

Mr Swiggs said he was deeply disappointed at the weekend's election result, which saw him ousted from the central ward seat by more than 1000 votes.

It is clear the timing of the leak to media regarding these allegations did affect voters as early polling showed I was set to win the seat comfortably," he said.

"It's amazing at how many people have reached out to support me and express disappointment at the election result. I am still committed to clearing my name and am consulting my senior legal counsel Phil (PJ) Shamy about the best mechanism to do this."