The Christchurch city councillor at the centre of an investigation over inappropriate behaviour says he will not be resigning. 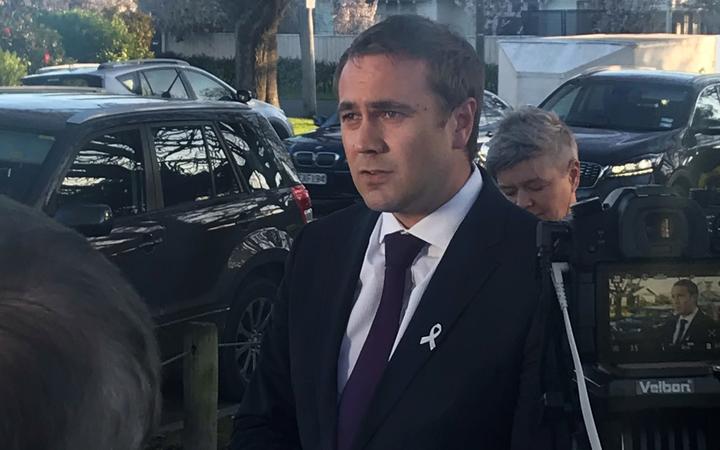 Deon Swiggs appeared publicly after calling on a media stand up in Christchurch this afternoon - but was swiftly ushered away and would not answer any questions.

Three complainants, aged between 13 and 21 at the time, said that Mr Swiggs engaged in "grossly inappropriate" late-night messaging on social media on numerous occasions and insisted on hugs instead of handshakes.

This afternoon, Mr Swiggs continued to deny claims of gross misconduct and said he would not be resigning and would continue to stand in this election cycle.

"I need to voice my disappointment at the slow process on the council's initial assessment of the complaints ... I want to know who they [complainants] are so I can respond to their claims," he said.

"This is a critical time in the election cycle and it's important voters are able to make their decisions based on factual information."

He then promised to answer questions in the future but said, for now, would not do so.

This week Christchurch City Council acting chief executive Mary Richardson appointed a retired associate justice of the High Court to undertake a preliminary assessment of the code of conduct complaint against Mr Swiggs.

The assessment of the allegations is expected to be completed before the local body elections on 12 October.

Mr Swiggs would continue to take a short break from his campaign and duties as a councillor until Monday 1 October.

He repeated his denial of any allegations of misconduct and said he was committed to working, as much as he could, to ensure this assessment could be carried out quickly and thoroughly.