Nelson's Rachel Reese has secured her third term as mayor, but on a much reduced vote than three years ago. 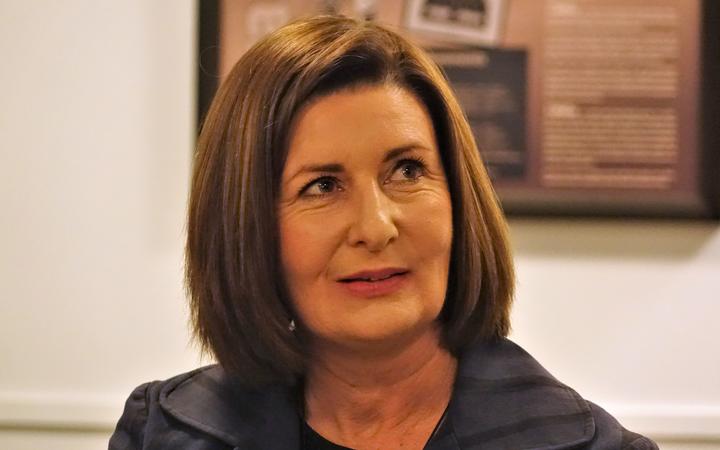 This time, based on 95 percent of returns counted, Ms Reese attracted just over 5000 votes - about 1300 ahead of nearest rival Mel Courtney.

She told RNZ she's delighted to be given the chance to lead the council for another term, as a key goal is to lift the council's performance.

"I said during the election campaign we weren't there yet and I wanted to make sure we finish that job.

"We've got a strong, supportive community and there's some absolute talent within the organisation and we're going to see that job through."

Ms Reese is also focused on the environmental opportunities for Nelson.

"We invested heavily over the last decade in environmental awareness and projects. A new lens comes across that with climate change."

A Nelson teenager has polled fourth highest councillor in the city's election.

Rohan O'Neill-Stevens, 18, who campaigned in his first election, attracted just over 8000 votes in the 12-vacancy ward.

Mr O'Neill-Stevens is an advocate for youth affairs, the climate and the environment.

He wants the council to invest in a wider range of transport options, create and enhance community spaces, and take proactive measures to plan for and respond to climate change.

Tasman District's new mayor says the government's freshwater proposals are likely to be a priority project for the incoming council.

The proposed National Environmental Standards for freshwater are part of a package of proposed regulations and Tim King expects it to have a big impact on the community and the council.

Mr King, who's been an elected member of the Tasman District Council for 21 years, was out on his farm spraying thistles when RNZ caught up with him.

He said a strong theme that came through during the election campaign was the need for better engagement with the community.

"Communication and engagement around the district, that was one of the things that certainly came through in the election campaign that we need to improve."

Mr King said the council will maintain a focus on core services, and community resilience in the face of a changing climate and extreme weather.

Mr Cleine takes the mayoral chain from Garry Howard, who announced in April his intention to resign over a breach of trust surrounding his dealings with a planned new energy plant on the coast.

Mr Cleine, who has completed one term as a councillor, praised Mr Howard for the work he did to forge influential connections with central government.

He said keeping the lines open with government is important for the coast's future.

"We've got to keep up the advocacy, the previous mayor Garry Howard certainly had good lines of communication into central government and was a strong advocate for fighting our corner in terms of regulatory change and things that's coming our way, so definitely that's got to be one of our top priorities."