The most anticipated day of Tuia 250 wrapped up with a private civic ceremony, where leaders asked how we could look to the future. 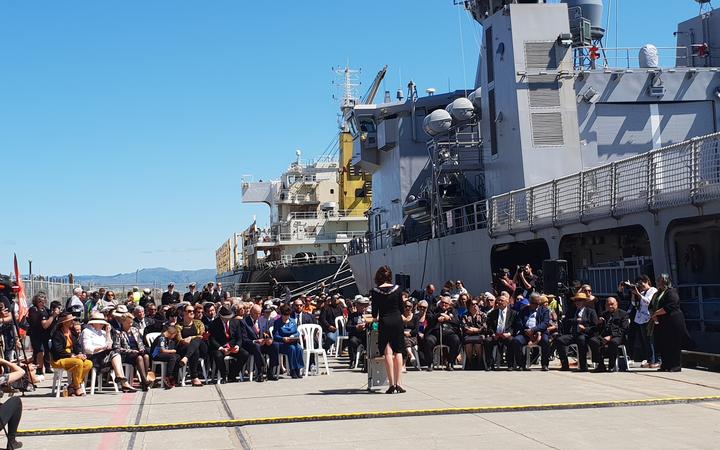 The private civic ceremony held at Gisborne harbour for the crew of the tall ships and the waka flotilla. Photo: Mreiana Johnsen

Over 400 people gathered along Waikanae Beach yesterday to watch the flotilla as it made its way along the inner harbour on the same day 250 years ago that James Cook and is crew on board the Endeavour did.

However, this time the Endeavour was accompanied by three waka hourua, which symbolised the Polynesian navigators who arrived in New Zealand 800 years ago.

About 80 protesters gathered on the other side of the harbour, waving tino rangatiratanga flags, with some calling out to the ship on a megaphone, "shame on you for reminding us of the pain of colonisation".

A small group of about 20 protesters later protested outside the Bushmere Arms where those from the civic ceremony had a kai afterwards.

"Today I think is a perfect opportunity for whānau to spew out - and everybody to have that kōrero - because the sooner we get that all out of our systems and get everything acknowledged then we can truly hold hands as a country, and move forward as one," protest organiser Tuta Ngarimu said.

Sarah Guinness has been explaining to her young children why people were protesting Cook's arrival.

"It's been a little bit about explaining Cook and how he was unkind when he came on land."

"I've sort of made the point about how long hurt lasts, and saying, that they're not actually here to hurt you, they're here to express their own hurt, and how long that lasts for, and it just shows the importance of why it's really important to be kind and respectful to other people."

A whakatau by the Pihema whanau, from Te Aitanga-a-Māhaki, was held as the crew members disembarked the ship. 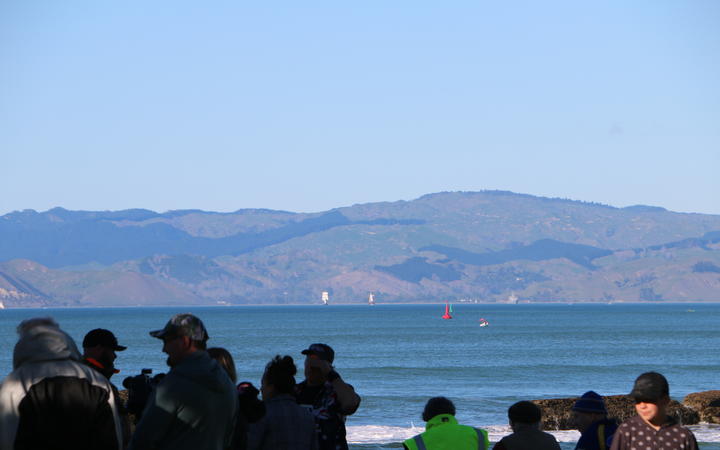 The Endeavour and the other tall ships sail past Te Kuri at 8am as onlookers gather at Waikanae Beach to get a glimpse. Photo: Mreiana Johnsen

They were given a taonga, before being escorted to a private ceremony along the harbour that was closed to the public.

"How do we look ahead to the future, how do we speak the stories of those people who hold those stories dare, and share them well amongst everybody else," captain of the Haunui waka Hoturua Barclay-Kerr said in his speech to the 100 crew members, and politicians.

"The challenge for us now is that, lets not just wait around and do a few months of sailing around Aotearoa, and hope that was great, but what are the things after these waka and these ships return home." 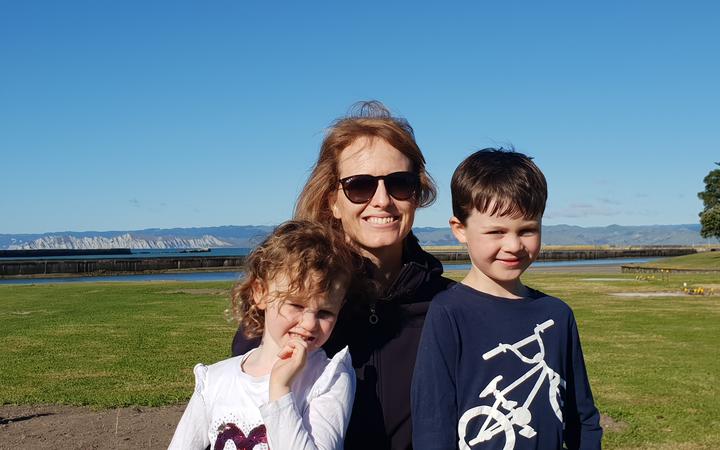 Sarah Guinness and her two children getting ready to watch the tall ships come in. Photo: Mreiana Johnsen

Governor-General Dame Patsy Reddy was positive about the future for Aotearoa, and said, "there is a sense of new beginnings, new energy to address the challenges of our citizens."

An open day will be held tomorrow where members of the public can jump onboard both the waka and tall ships.

The flotilla will make its way to Tolaga Bay on Thursday, on its 78 day journey along New Zealand's coast, heading south to Blenheim, before finishing up in Te Mahia in mid-December.