Mistakes by contractors compromised fire sprinklers and alarms at one of the country's largest high schools. 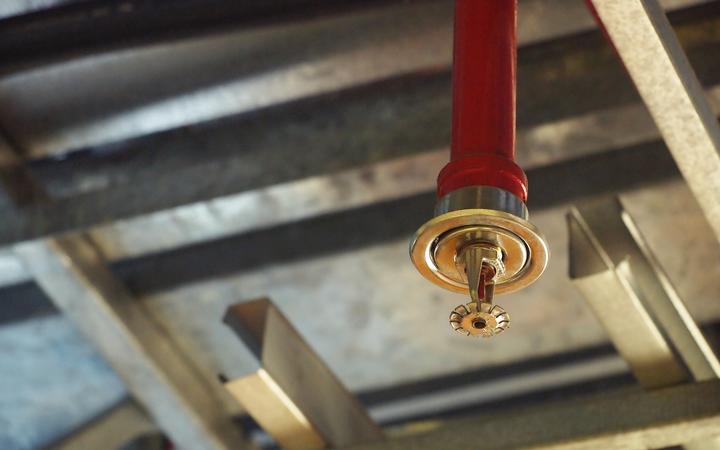 More than 300 smoke detectors and alarm switches were disconnected, leaving about half the college unprotected. Photo: 123RF

Classrooms were left unprotected at the 2000-student Cashmere High School.

At one stage, more than 300 smoke detectors and alarm switches were disconnected, leaving about half the college unprotected.

This was discovered in February, and eventually seven major defects were found, with full repairs done in July.

The school asked the Education Ministry on 27 February: "Are you confident the school is adequately protected?"

Board of trustees chairperson, Geordie Hooft, said they aimed to hold contractors to account.

"The school feels let down by the outcome of all of this," Mr Hooft said.

"The school is concerned that it has spent a significant sum of money and a lot of man hours holding people to account, and trying to ensure that our students and staff are safe."

The way cables were laid exposed them to dampness.

Two separate investigations concluded this triggered a period of sustained false alarms, to the point the Christchurch fire brigade complained to the school.

"Fire systems previously operating have been disabled due to faults which have been unresolved," said a company that checked the work in February, FFP Canterbury.

It was "unacceptable practice in an occupied building, creating significant risks for the staff and students".

The second investigator, Simeon Wilson of Optimus Fire, said the fire contractor responded to the false alarms by simply unplugging large parts of the system.

"If you get ... water on to the voltage of the cabling, it creates false information to make it think a device is activated, and the easiest way to make the faults go away was to just unplug the intelligent loop for that area," Mr Wilson said.

This should "absolutely not" be done.

"It stops the fire calls but means there are no activations happening at all. So you've got unprotected buildings.

"You actually need to ascertain what the fault is and repair it as soon as possible, especially [where there are] vulnerable children and such."

The fire contractor, Aethon Infrastructure, went into receivership in August.

Faults 'due to old alarm system'

He blamed the faults on the school's old alarm system, and said Aethon helped find the faults.

"Part of the process of finding and repairing the fault was to isolate the buildings affected," he said by email - he declined to be recorded.

"The school was made aware of this. The faults were found, rectified and the system was reinstated."

However, the Education Ministry said two other Christchurch schools that used Aethon have had the same problems of cabling faults leading to false alarms.

"The ministry instructed Aethon to rectify the issues, and the work was then checked and signed off by an independent fire engineer."

Fire protection systems were now very complicated, but conversely the regulation around alarms and even sprinklers was slack, Mr Loughnan said.

"The Cashmere issue is probably a symptom of the current state of the fire protection industry, which is essentially unregulated," he said.

"Anyone can come in and be a fire alarm company and although the standards outline some qualifications that you should have in order to design fire systems, nobody actually checks that or enforces it along the way."

Kane Lacey said he would not be returning to the fire protection industry because it was prone to ruthless competitors faulting each other's work arbitrarily.

The Education Ministry has had massive problems over construction projects, with leaky buildings such as the 10-year-old Taihape School facing complete demolition.

Contractors have criticised the ministry for taking the lowest quote, then having to deal with quality problems later.

The ministry declined an interview but said it had changed.

"The ministry has been putting greater emphasis on 'public value', rather than 'lowest cost' for some time now," Ms Pilbrow said in a statement.

"Our default price weighting for tenders has moved so non-price criteria makes up the greatest proportion of the overall evaluation."

A building company's proposed solution, capability, and capacity now counted for more than the price quoted.

It had also set up a Construction Observation team early last year to monitor big projects; it did not say if this team was involved with the fire protection faults at Christchurch schools.