Some contractors do not know how to put proper firestopping in buildings, a report by the independent building research institute BRANZ has found. 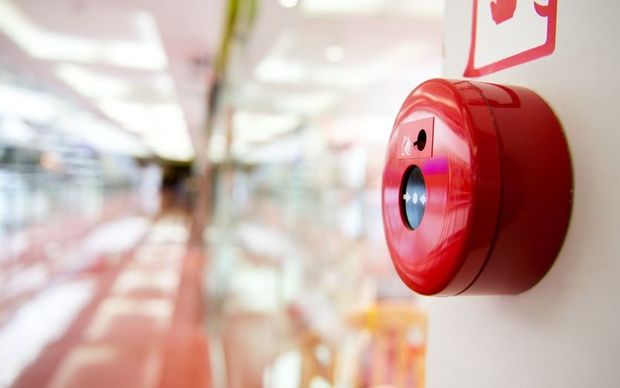 The imperative for firestopping can be traced back to the Browns Ferry nuclear power plant in the US in 1975, when a candle being used to check for drafts around a pipe carrying cables through a wall ignited the polyurethane seal around the cables.

The fire came close to causing a nuclear meltdown, and led to indirect losses of half a billion dollars.

Ever since, the science of finding safe ways to fill up pipe and cable holes in buildings and using expanding paint to protect their frames from fire has leapt ahead - far ahead of the actual practice in many countries, including New Zealand.

That picture is added to by research in Auckland that shows some contractors do not know how to put proper firestopping in buildings, and do not care that they do not know.

It also shows how fast flames and hot gas can overcome a poorly firestopped structure.

Many failed 'to understand the importance' of firestopping - BRANZ report

Researchers from BRANZ (Building Research Association of New Zealand) went out with council inspectors to look at 11 apartment blocks and townhouses in Auckland.

"While some contractors wanted to ensure that every part of the construction was [Building] Code compliant, it was far more common for the contractors to simply not care about the passive fire protection or not want to bring it up to compliance," their report said.

The buildings were under repair for leaks, and when the walls were stripped off, had their poor firestopping exposed too.

"It became apparent that there were still compliance concerns with many of the repaired defects," the report went on.

"Many of those involved in the firestopping remediation work did not seem to understand the importance of it in a building and simply considered it to be an extra complication and cost in the construction process to no benefit."

It did not help that designs often relied on systems that were entirely untested for fire resistance, or were so vague that it was left up to builders or fire engineers to use their judgment, even though that's not an approved way of gaining compliance.

"It quickly became apparent that many of the contractors were not adequately identifying or were ignoring non-compliant firestopping systems and/or were failing to correctly remedy them," the report stated.

"It was a common occurrence for the firestopping installers to fail to read the appropriate datasheets and specifications for the systems they were installing. Typically they would just claim 'x' years in the trade and that 'I've always done it this way'."

But BRANZ was not out to pan the builders.

Instead, the research aimed to identify common firestopping defects in actual buildings, then use that to build dummy walls and ceilings, which were blasted with a furnace to see how quickly the defects failed.

Some of the test results are alarming: In the case of holes with cables in them, five of the unsealed ones failed in less than eight minutes; the worst got to the point of 'insulation failure' where the side not exposed to flame gets way too hot, in just two minutes when it should take half an hour.

The most rapid - more serious - integrity failure, where cracks and holes let through actual gas, smoke or flame, occurred in 19 minutes when it should take an hour.

But other results were surprising to the tester and fire engineer Kevin Frank.

"Some of the ones with no firestopping and fairly big openings failed quite early, but some of the other ones with smaller openings actually managed to make it the whole 60 minutes ... we thought some of them might fail earlier," Dr Frank said.

Fire testing in a lab is one thing, but it's not possible to set fire to a building to see if the holes for cables and pipes in its walls and ceilings leak heat and smoke.

Instead, the test results are being used to find a new way to assess the risks in buildings - balanced against are they residential, do they have sprinklers, how far are they from the fire station? - and then find a fix that's worth it.

"If you look at the numbers, this is potentially a significant financial strain for a lot of people," Dr Frank said.

"That has implications on their well-being. It's about improving the situation but it's not meant to mean virtually impossible. It is truly what's reasonable and practicable."

That formula - "as near as reasonably practicable" - has its own acronym (ANARP) and its own legal weight.

New Zealand is among the few countries that requires that during large repairs, expensive renovations or where a building's use is changed, say, from an office to residential, that the firestopping and things like evacuation routes, must be upgraded to current standards "as near as reasonably practicable".

However, it is not as if building owners are legally bound to go looking for firestopping problems, according to construction lawyer Helen Macfarlane.

"If there was some renovations being done and these revealed there was no firestopping, then you would be on notice, and maybe have to make use of the [risk assessment] tool ... and do a further investigation," she said.

"But absent that, I would suspect that, no, as long as you comply with your existing obligations with respect to [building] warrant of fitnesses, you're okay."

As for the slackness at building sites themselves, or when contractors are repairing firestopping, one antidote is Auckland Council's new-found wariness to accept at face value a producer statement that says the firestopping is fine, as noted in the research.

Another could be BRANZ's plan to invite contractors to witness actual fire tests, so they see for themselves the threat that the Browns Ferry nuclear power plant only learned about the hard way.