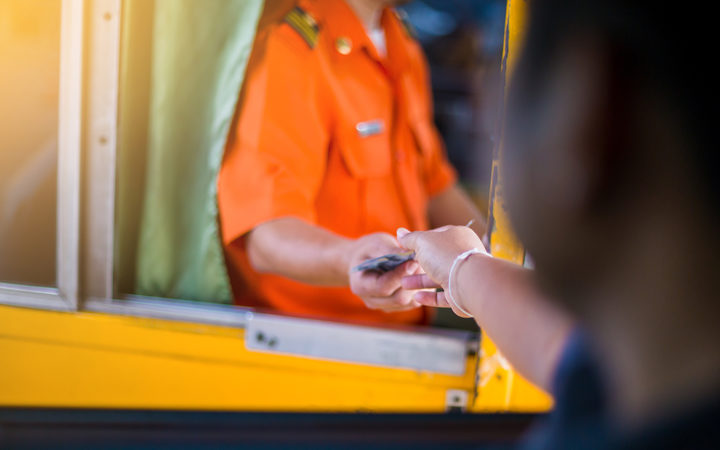 Critics of toll roads say this staggering sum shows they don't work, but the Transport Agency says it is happy with overall compliance rates.

According to figures released to RNZ, the Transport Agency sends out 1.1 million payment notices every year to the registered owners of vehicles reminding them to pay a toll which has remained unpaid for five days.

One person has received 722 such notices, each attracting a $4.90 administration fee on top of the toll.

Since the first toll road became operational in 2009, drivers have racked up a whopping $9,727,843 in unpaid tolls and administration fees.

Dog and Lemon Car Guide editor Clive Matthew-Wilson said the fact that millions of dollars in tolls were going unpaid did not surprise him.

"Then they don't feel they should have to pay a toll for a road that they effectively already paid for."

Mr Matthew-Wilson wanted to know how much the Transport Agency was spending to collect tolls in the first place.

"Because, of course, the biggest objection to toll roads generally is the cost of collecting the money often, you know, approach the costs of building the road. And the point of a toll road is supposed to be that the users pay for the road that they are driving down."

Dr Grueber believed the infrastructure and administrative costs of toll roads meant they did not achieve their goals.

"In the end for every dollar you collect if you are lucky 60 cents goes towards the road and the rest ends up covering costs and which basically the toll operators pocket and make a profit out of this, of course."

Dr Grueber, whom the Transport Agency successfully pursued through the courts for unpaid tolls on the Northern Gateway, said there were better options for paying for roads.

"The regional fuel tax, 10 cents here in Auckland as you know. The collection is totally free. The petrol stations collect it for us. We just get the money. One dollar in, one dollar out which we can then put to whatever projects are there." 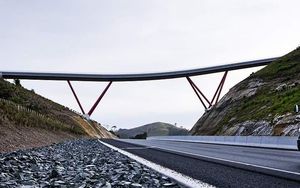 The Northern Gateway which is a toll road. Photo: PHOTO NZ

In the year ended January 2019 there were 15.5 million trips across New Zealand's three toll roads - the Northern Gateway north of Auckland, and the Eastern Link and Takitimu Drive in Tauranga.

The Transport Agency declined an interview, but in a statement a spokesperson said it wanted to make toll roads hassle-free.

"We provide multiple options to make it quick and easy to pay tolls in advance or within five days of a trip, in order to avoid incurring the extra fees of a toll payment notice. The vast majority of people using the toll roads pay on time or in advance - the overall compliance rate is around 97 percent."

The spokesperson said the Transport Agency now had about 265,000 account facilities set up to automatically pay tolls.

"Over 80 percent of trips are now paid for before people use the road - most through pre-paid accounts. Most of the remainder pay within the five working days allowed, either through our website, contact centre or at petrol stations."

After a toll has remained unpaid for 28 days a vehicle's owner is sent a warning advising the unpaid debt will be referred to a debt collection agency. After 60 days the debt recovery agency takes over attempts to have the toll paid.

But Dr Grueber said in his experience with the Transport Agency he doubted whether it was serious about recovering unpaid tolls.

"The irony is that in the end after I formally lost and had been ordered to pay $700 in court costs. I tried to contact them and said I wanted to clean the slate and asked how much toll do I owe? And they never came back to me. They never collected the toll they charged me over or tried to collect through the court process."

The Transport Agency did not answer questions about how much it spent collecting tolls.