A new initiative on the Kāpiti Coast will provide funds for schools across the region to access counselling services to young people at risk. 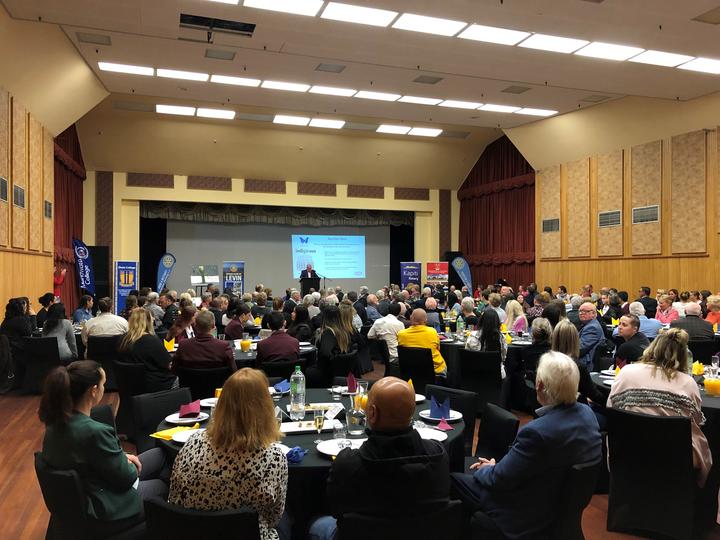 The region, just north of Wellington, has been particularly affected by youth suicides in recent years.

Today some of Kāpiti's older citizens organised a fundraiser to help pay for mental health services for the younger members of their community - raising thousands of dollars for the cause.

Fourteen-year-old Courtney is a student at Kāpiti College.

She said where she's grown up, youth suicide is impossible to ignore.

"Well, Kāpiti, growing up, I've known that it's had, that Kāpiti has a lot of high suicide rates.

Seventy-three people aged between 14 and 19] took their lives last year - the second highest rate amongst all the age groups.

Jade, 17, who goes to Ōtaki College, said the deaths had a big impact.

"It was just not expected, like it just came completely out of the blue," she said.

"And I think because we're so small, we hadn't really been exposed to stuff like that in the past, so it was just a big shock to everyone."

Her classmate, Hetal, said suicide prevention is a community-wide issue.

"Since we're so community based around here on the coast, it's only right that we all come together and have this discussion, because there's no other way to do it, and it needs to be prioritised for us young people."

The problem at the moment, the college's deputy principal Hamish Wood said, is that professionals do not have the time to look after vulnerable kids.

He cited a recent example.

"The student was the highest need possible, and so we said, right now's the time we need to get the local support services involved, and on the day, they were too busy, they couldn't see them, and also when the meeting did take place, it didn't quite meet the point system at that time."

Dr Chris Bowden has been working in the area of suicide prevention for 20 years. He's a lecturer at Victoria University Wellington at the Faculty of Education.

He said what is most important is reaching the kids before it's too late.

"Getting access to timely support is absolutely critical," he said.

"And we also know that there is a small window of opportunity to make a difference in a young person's life.

"And if they can't get the right help at the right time with the right person, things can go wrong very very quickly."

Fundraiser to give schools more funds

The fundraiser organised by Kāpiti rotary, at Southward Car Museum in Paraparaumu, is designed to provide just that - funds that will target preventing suicide before it's too late.

There were 220 people in attendance, with extra funds raised through an auction.

It's thought around $10,000 was raised for the cause, through ticket sales and the auction.

Items such as a signed Hurricanes jersey, three months free parking, and a make your own gin experience, were all on offer. 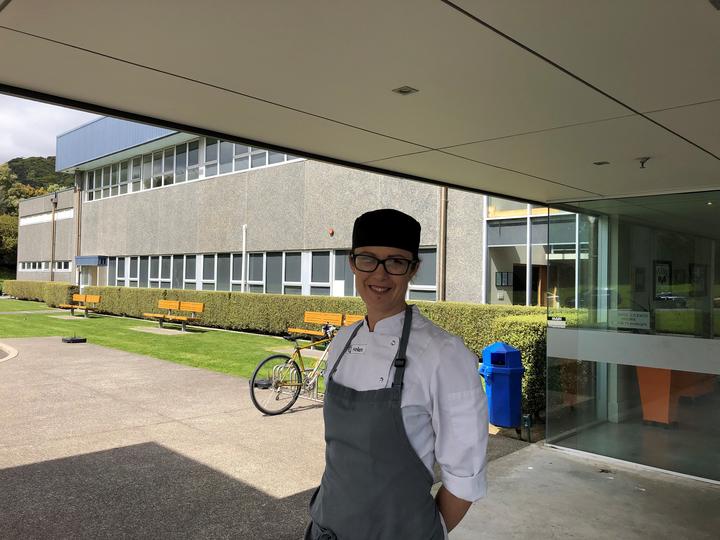 Helen Turnbull said she has been inspired by this project. Photo: RNZ / Harry Lock

Organiser Bruce Morgan said the money raised will be directly available to schools.

"If a principal gets a knock on the door from a school counsellor, or a teacher saying that Brucey's not very well, he needs some help now, we have funding available to support that kid," he said.

"And we respect their decisions - Rotary doesn't get involved in that process."

Upstairs in the kitchen, Helen Turnbull, who's previously cooked at Gordon Ramsay's restaurant, prepared the lunch.

She said she's been inspired by this project.

"Not only did they want to be there with a helping hand to support you, but they have set up a programme on how to support and gain research into why we feel this way to be able to do something about it and make real change."

Youth suicide is an issue that has cut into the Kāpiti community especially deeply, from young people to old.

This is an initiative that is now bringing that community together, to try and change things for the better, and most importantly, to provide the help to those who need it most.