A major scrub fire which burned across 140 hectares in Central Otago's Skippers Canyon is now under control, and most emergency crews have been sent home. 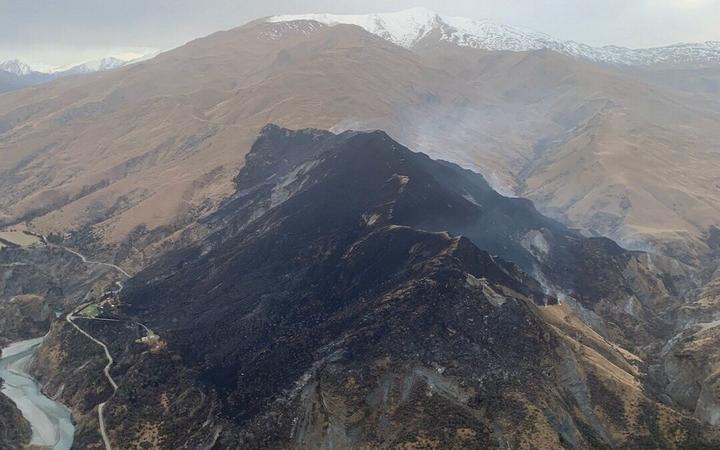 The fire, which broke out yesterday, appeared to have ignited from embers of a burn-off, at the bottom of Deep Creek.

It has burned through vegetation, a woodshed and destroyed a vehicle, but nearby properties were protected.

Teams of helicopters and ground crews fought the fire on Saturday, until dusk, and reduced it significantly.

There were fears it could flare up again today with afternoon winds, but during the day firefighters successfully worked to dampen down the grass and surrounding areas to stop the chance of reigniting, said Deputy rural fire officer Mark Mawhinney.

This afternoon he said one crew would remain on standby overnight to monitor the scene for flare-ups.

"We wouldn't say the fire's out just yet, history suggest these things have a habit of restarting - but we're pretty confident that it's not going to escape. So it's very much just a monitoring process, for the next day or two."

Fire and Emergency will be investigating the cause of the fire.