Heavy snow overnight closed roads in both the South and North islands. 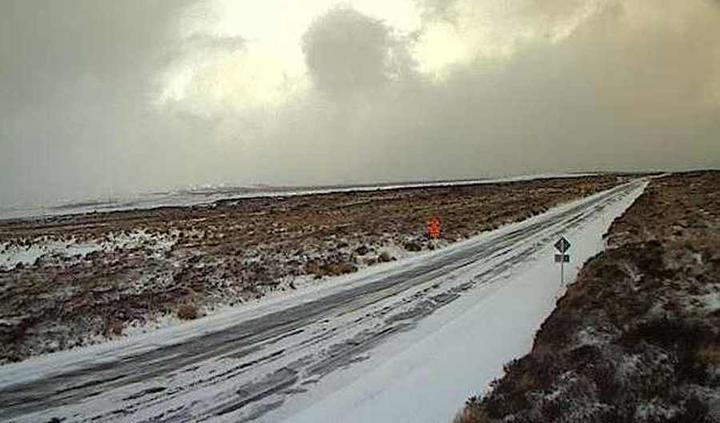 In the North Island, the Desert Road (SH1) was closed from 10pm yesterday to 9am today. Motorists are warned to drive to the conditions, with snow still on the sides of the road.

State Highway 94 from Te Anau to Milford remained closed at midday, while SH87 between Outram and Kyeburn and SH1 north of Dunedin reopened during the morning.

Queentown also had a dusting of snow.

Road warnings were in place for the Napier-Taupo Road, Lewis Pass and Arthur's Pass.

A strong wind watch had also been issued for the top of the North Island, Bay of Plenty and Hawke's Bay and parts of the South Island.

"Auckland had a pretty breezy night and that strong wind watch is expected to continue until 9 this morning," she said.

The strong southwesterly winds in Northland, Great Barrier Island, Coromandel Peninsula and Waikato were also due to ease this morning.

"Northern Canterbury and Banks Peninsula, Otago and Southland are pretty windy for most of the day," Ms Murdoch said.

Here's a round up of the 7am temperatures recorded at select place around Aotearoa this morning. You can look at many automatic weather stations, including amateur station observations on our "Your Weather" page here https://t.co/ziBZZ8yIbP ^AB pic.twitter.com/5cceiTznXm