The child sex offender at the centre of the scandal engulfing the Royal Commission of Inquiry into Abuse in Care has admitted being in the room at meetings held by the survivor's advisory group. 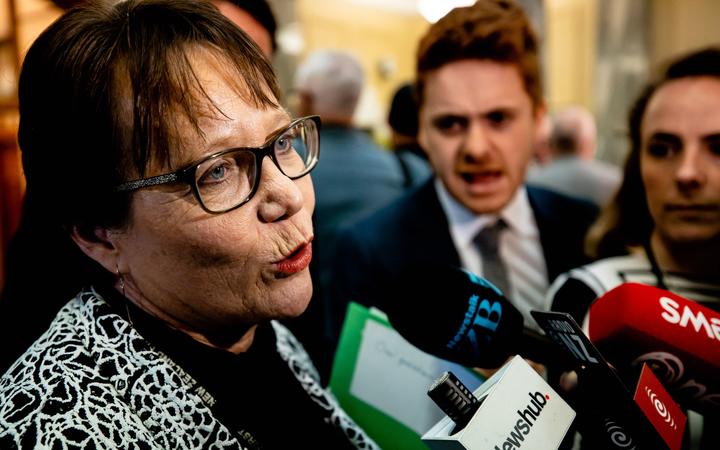 It emerged yesterday that the partner and support person of one of the Commission's survivor advisory group members is a convicted child sex offender.

There are calls for the commissioners to resign following revelations the sex offender - who is a partner of a member of the advisory group - was involved in their meetings.

The man's partner, who RNZ can't identify for legal reasons, said she had no intention of resigning from the group despite some of its members saying they had been retraumatised after learning of the his convictions.

The man told RNZ he hadn't attended the meetings, but admitted being in the room.

When asked if it was appropriate for him to have contact with survivors during informal gatherings, he declined to comment.

The man said he talked to some of the survivors at those gatherings, but his contact was limited and he did not join them for meals.

"I was not sitting with them. Me and my partner were sitting at a table away from them."

He told the commission two weeks ago about his sex offences, but they were told months earlier that he had to notify the police when he travelled, though they never asked him why, he said.

A meeting of the survivors' advisory group in Christchurch today was cancelled by the Commission.

Panel member Tyrone Marks said they were told it wasn't going ahead because some of them had spoken to the media about sex offender and this had retraumatised some of the group's members.

He was angry the meeting wasn't going head because the group had not had a proper chance to get down to work yet.

"We're supposed to be the experts.... to me, it's just an excuse and it's kind of like a punishment thing because we've done that [spoken to the media]. So everyone's not happy about it."

The entire Commission needed to be replaced so survivors could have trust in the inquiry, he said.