The government's given the go-ahead for a new highway to replace the Manawatū Gorge road, much to the relief of residents of Ashhurst. 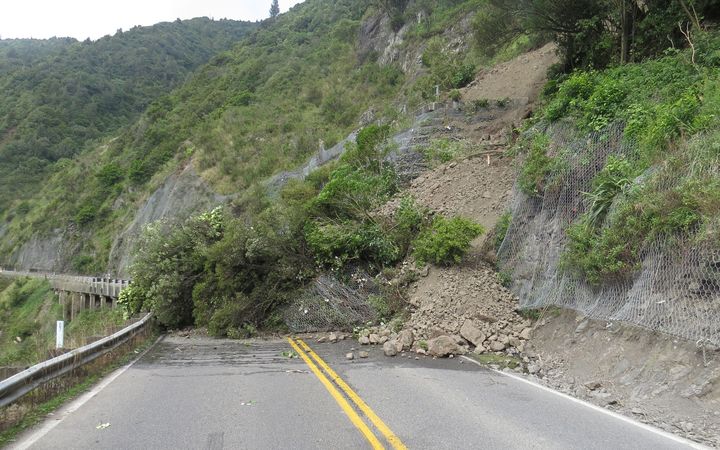 The gorge road, which had been one of the main routes between the west and east coast of the lower North Island, has been closed since 2017 because of multiple slips.

Today, Transport Minister Phil Twyford unveiled plans to spend $620 million on a new road - much to the relief of many in the region.

News of the replacement highway couldn't have come soon enough for residents and businesses on Ashhurst's Salisbury Street.

Since the Manawatū Gorge Road closed more than two years ago, residents in the normally quiet street have had to contend with noisy trucks as it became the main thoroughfare to Woodville.

It had been estimated 6000 vehicles drove through every day.

But the announcement of more funding and a start date for a replacement highway has given locals some hope that there was a light at the end of the tunnel.

One resident, Grant Marshall, said it was nice to see the government spend some money in the regions.

He said the new road would make a big difference to the community.

"Now that there is that certainty that it's happening and it's not still up in the air, it's not a pipe dream, it's actually going to be a reality.

"Going back to having that quiet, rural feel to the Ashhurst village, will be good not having to worry about truck and trailers coming through at three in the morning, using their engine brakes."

"Getting that peace and sanctuary back... and honestly people will be able to move on from all the disruption they've had."

Mr Marshall said construction of the road would also bring much needed jobs to the village and local businesses were preparing for the influx.

"I think it's fantastic that, finally, we are going to get this critical transport link back for that region.

"The previous government had not funded it but our government will fund it and I think it's really going to benefit those communities," she said.

Depending on resource consents, enabling works were expected to begin this year and full construction was expected to get underway next year.

The proposed road would start near the western entry of the original State Highway 3 gorge route, crossing the Ruahine Range north of the gorge, and reconnecting to SH3 at Woodville.

Tararua Mayor Tracey Collis said the announcement removed the uncertainty around the project for both locals and businesses.

"So until that happens you'll always have that little bit of uncertainty there, but now with that commitment from the minster people will be able to start planning for the growth," she said.

Palmerston North mayor Grant Smith said it had been a tale of two villages.

"So they have put up and will have to put up with another few years of this state highway traffic , but the residents of Ashhurst are very resilient and they've learnt to cope with it reasonably well with a few mitigation's measures in place," Mr Smith said.

"But we will be very happy when that final road is open."

Mr Smith said there was still a few appeals to be worked through before the road could go ahead, but they were close to an agreement.