A record number of threatened native New Zealand parrots have today been released into the Abel Tasman National Park.

Twelve captive raised kākā flew from their purpose-built aviary at Bark Bay/Wairima in the heart of the park, and into the nearby trees.

It was a magical moment for some youngsters from nearby Ngatimoti School, for iwi who blessed the moment and for the volunteers who have worked hard to make it happen.

The Ngatimoti students were youth ambassadors for Project Janszoon - a private trust dedicated to conservation in the Abel Tasman National Park. They have played a key role in getting the kākā established, as 11 year-old Louie Burger explained.

"Bark Bay is our adopted section site so pretty much what we do is come out and work on it, and help to restore it.

"So today we're coming out to help release the kākā which is really cool."

Sophie Maxwell, also a youth ambassador said it was an important day for them.

"We're really connected to the environment - we're an enviro school, and I just really love the environment... I like being in it, and the kākā sort of symbolise that the national park is getting better for an illness." 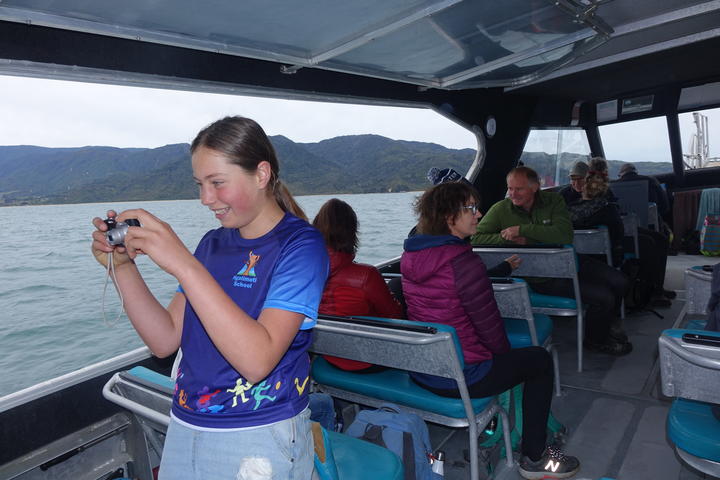 "Seven years ago we set out to make the park safe for native birds, and being able to put kākā on to the coast of the Abel Tasman is a realisation of that vision."

Mr Vander Lee said the trust had drawn on expertise from within the Department of Conservation to help guide the project.

He explained why the kākā was special.

"They're an iconic New Zealand bird.

"Our vision has always been that people can walk along the coast of the Abel Tasman and see the amazing wildlife that New Zealand has to offer.

"These birds - they're loud, they're visible, they're playful and they have a role to play in the forest in terms of the berries they eat and the seeds they disperse."

While kākā used to be seen in large numbers in the Abel Tasman, introduced predators have devastated the park's wild population.

Some of the birds released today were taken as eggs from wild nests last summer. 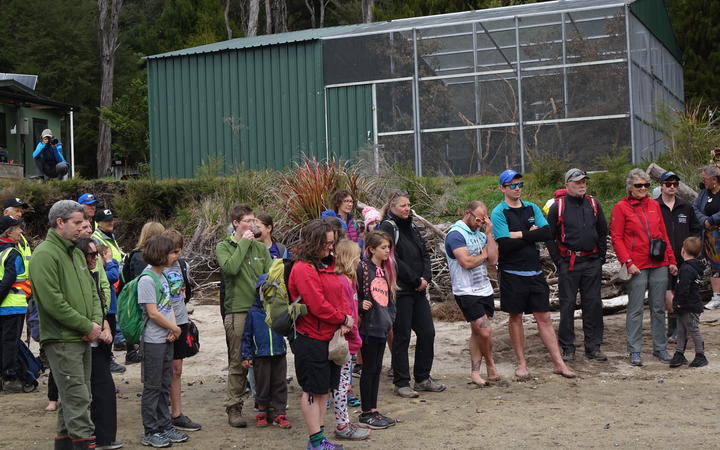 Project Janszoon ornithologist Ron Moorhouse was part of the team who helped retrieve them.

"These birds are a combination of captive-bred kākā and chicks that we've raised from eggs that we took from wild nests in the top of the South, and brought those eggs and chicks back to captivity and hand-raised them."

And if that sounded easy, it was anything but.

Mr Moorhouse said checking a particular nesting female kākā was quite a mission.

"We went to the nest and were going to climb up (the tree) and see what was in it, but discovered at active bees' nest in the tree.

"I decided discretion was the better part of valour and we came back the next day, armed with a bee suit." 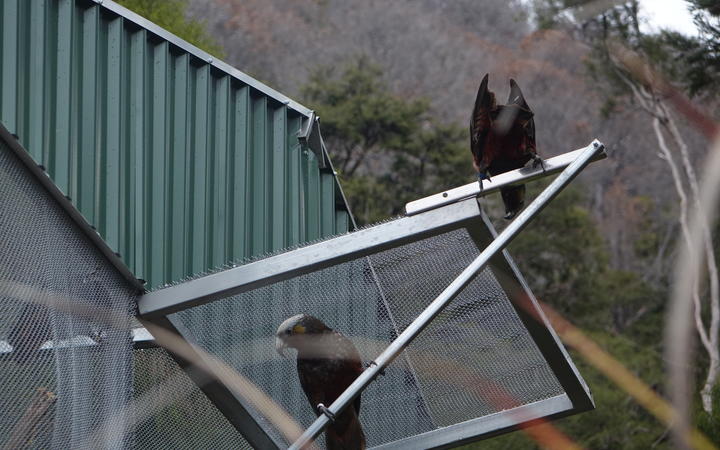 Mr Moorhouse said it was not so hard climbing a tree wearing such a suit.

The manu were blessed by local iwi before being released.

Rima Piggot of Te Runanga o Ngāti Rārua said iwi were proud to be involved in the return of another Taonga species to the Abel Tasman National Park.

After a hesitant step outside the aviary, the birds were soon free, and singing from the trees. 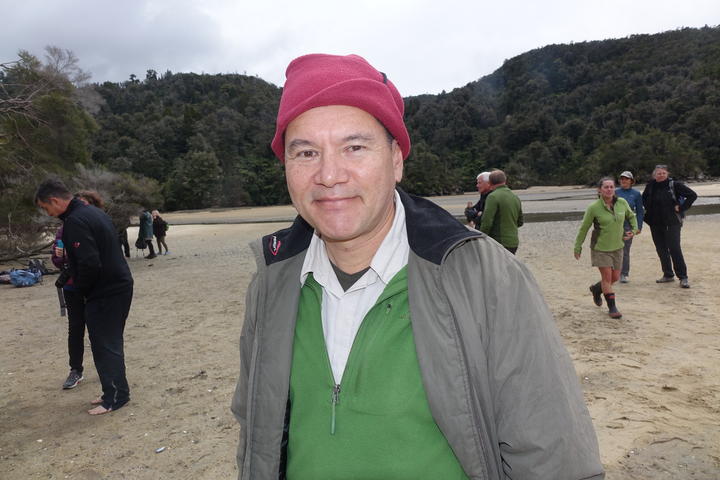 The Department of Conservation, Abel Tasman Birdsong Trust and Air New Zealand have combined to help reduce predators to low numbers, with more than 90 per cent of the park now stoat trapped.

Author, an authority on the Abel Tasman National Park and Project Janszoon trustee Philip Simpson said it was a significant day.

"It's been just an absolutely massive amount of work by DOC and the Janszoon team.

"The kākā is really the pinnacle of the species here, because they were undoubtedly going to become extinct."

Visitors to the park this summer might be lucky enough to see one, but a word from the experts is - please do not feed them.

It was bad for their health, and might even be fatal.