The government is not moving fast enough to reform the welfare system and it must make urgent changes to lift children and whānau out of poverty, advocates for the country's poorest families say. 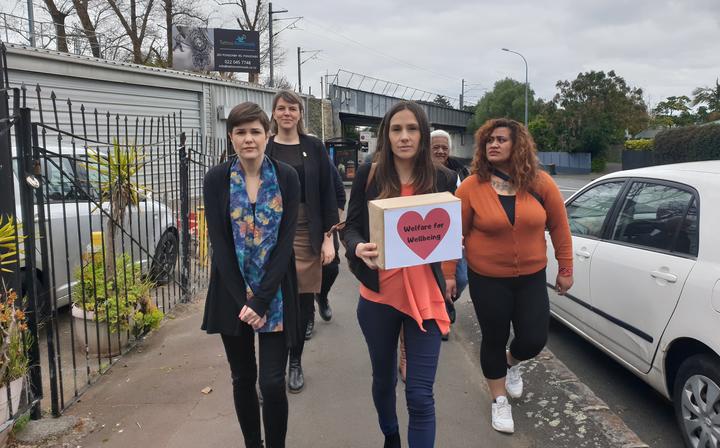 The Child Poverty Action Group and ActionStation, alongside other groups such as Lifewise, the Council of Christian Social Services and Fincap, have delivered a petition to Prime Minister Jacinda Ardern's electorate office in Auckland this morning.

The groups have come up with a list of simple fixes they say could immediately put more money in families' pockets.

They include further increases to the amount beneficiaries can earn before their payments are docked; the removal of all sanctions; changing the relationship rules; and excluding savings from cash asset tests. 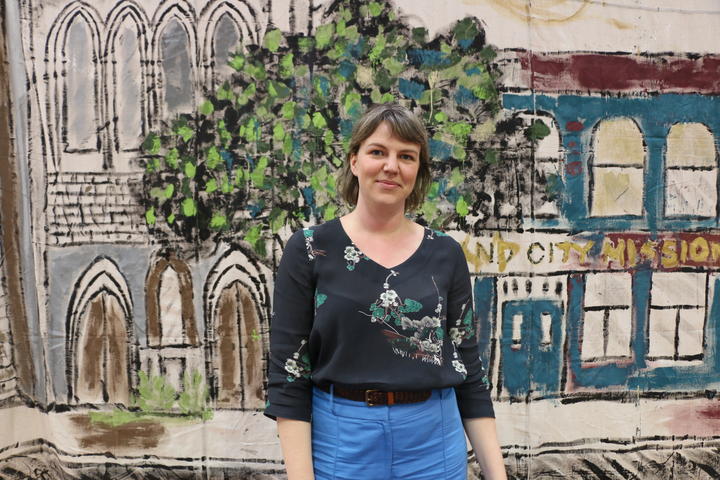 Georgie Craw said groups like hers were not seeing the leadership they had hoped for from the government. Photo: Supplied

"We were all really excited when the report was released, we thought it had provided a great roadmap for putting dignity back into the heart of the welfare system, and we have been I think more than a little disappointed with the outcome from that," she said.

The report contained 42 recommendations for overhauling the welfare system, and implementing all of them would come with a price tag of just over $5 billion.

But so far, the government has adopted just three of the recommendations.

From April next year, benefits will be indexed to wage increases and abatement thresholds, the amount beneficiaries can earn before their payments are docked, will be increased.

The sanction on sole parents who do not name the other parent will also be removed.

But Ms Craw said those changes did not go far enough.

The abatement threshold for people on the job seeker benefit would increase from $80 to $90 next year, and increase by another $5 each year until it reaches $105 in 2023.

The government said, on average, people would be $5 better off next year and $12 better off in 2023.

"If you think about the rising cost of living, it's just nothing, it's not enough," Ms Craw said.

"We find abatement rates are a massive obstacle to people taking on any kind of paid work, not just because their income is cut so savagely, but because they then have to get tangled up in the Work and Income bureaucracy in terms of explaining what's happened, explaining the change, trusting that that will be dealt with appropriately and that they won't end up unduly penalised."

Ms Craw said groups like hers were not seeing the leadership they had hoped for from the government.

"We're really calling on Jacinda Ardern, as the minister for child poverty reduction, and in her absence, let's call on Winston Peters as the acting prime minister, to provide really strong leadership in this area, to really focus on what they can do to fix the welfare system because it is broken, it needs to be fixed and they have the power to fix it."

Social Development Minister Carmel Sepuloni, who is overseeing the reform of the welfare system, has previously said it would be impossible to implement all of the Welfare Expert Advisory Group's recommendations at once.

She has said she expects to take a three to five year plan for welfare reform to Cabinet before the end of the year.