Builders are setting up a new scheme to lessen the chances that companies close to collapse can win major contracts. 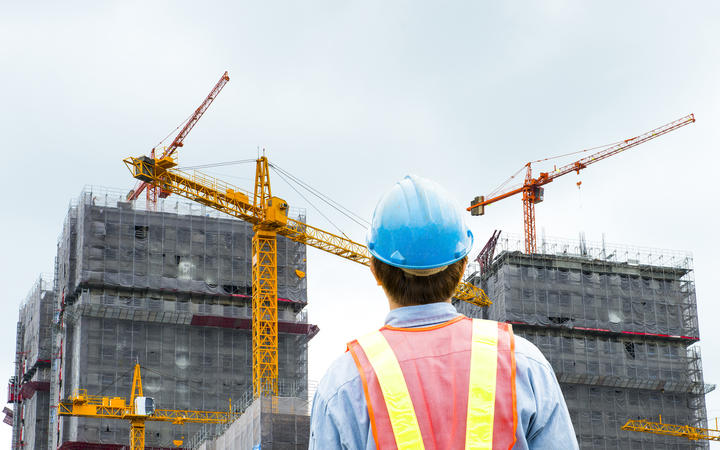 The liquidator of Waikato's Stanley Group has said a big factor in its collapse was tendering $2 million too low for Housing New Zealand work.

"Lowballing is a massive problem and it's something we have to address," the Registered Master Builders' Association (RMBA) chief executive David Kelly said.

In response, the association expects in 18 months to have set up a new certification scheme that sets minimum financial, governance and skill standards for companies to meet if they want to win big jobs.

Housing New Zealand (HNZ) accepted the quote and now has to arrange to keep paying Stanley Group's subcontractors on its incomplete projects.

An HNZ spokesperson said its contract was not directly with Stanley Group but its related company, Tallwood.

Other projects where contractors have put blame on the government for taking the cheapest price include the leaky building fiasco at Botany Downs Secondary College.

But some believe there is change on the way.

"I know that Ministry of Education is one of the ministries that's actually looking at the commercial viability of contractors," Specialist Trade Contractors' Federation president Graham Burke said.

"These are two of the government departments that are responsible for the biggest build programmes," said Mr Twyford, who is trying to make good on a promise made two years ago that he would require all agencies to following buying guidelines set years by the Ministry of Business, Innovation and Employment, but widely ignored.

Mr Kelly said government contract practices were improving and RMBA was making its own efforts.

It is setting up a certification scheme to vet contractors for minimum standards of competence.

"What we hope is that central government and local government will buy into that scheme and say, 'For larger contracts, we will only employ contractors that meet those minimum standards,' " Mr Kelly said.

"That, we hope, will start driving out the lowball offers. So, you don't have start-up companies, got no assets, nothing to risk and they just have a go."

But that won't fix the lowballing by major companies such as Fletcher, which has been known to under-quote by 30 percent then try to make up the margin through variations later. It made a huge loss on building the Christchurch justice precinct.

"It won't fix everything, but I think it's a start.

"If you think about Fletchers, who was the damage done to?" Mr Kelly said.

"Largely it was done to themselves and their own shareholders. So, in a sense, at least you don't have subcontractors out of pocket because of Fletchers.

"You do have subcontractors out of pocket where you have private companies that don't meet those standards."

The scheme would not be anti-competitive to small businesses, he said.

Graham Burke was hopeful but wanted the new scheme to reach down below the level of big contractors.

"It's important that those accreditations actually go down the supply chain as well.

"Because otherwise we'll just have that lowball pricing at the next level down and it won't actually improve things. I mean, 80 percent of the work roughly is carried out by subcontractors."

The contractor certification scheme is expected to take 18 months to set up.

It said it would need central and local government buy-in to make it a requirement for the billions of dollars of major contracts they awarded each year.