Hundreds of messages and tributes left in the wake of Christchurch mosque attacks have been put on display at Christchurch Art Gallery. 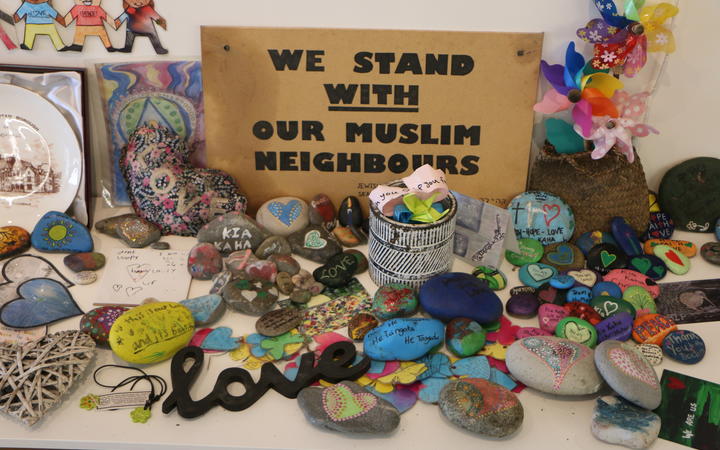 Tributes of Aroha will run over the weekend, coinciding with the six-month anniversary of the mass shooting which killed 51 people on 15 March.

She said for some people the exhibit would be the first time they engaged with the heartfelt letters, photos and gifts left by people.

"It's an opportunity for them to be able to acknowledge the love that [the victims] at that time. Every single item holds a lot of meaning and we're dealing with so many gorgeous objects."

She said that seeing the objects up close left a lasting impression.

"You understand that everything that was given came from home and was given with love. We have objects that have been sent from all over the world."

Among the displays were photos taken from the memorial service at Hagley Park, soft toys that were dedicated to families of the victims, paintings, placards and tributes to particular victims.

Ms Harrington said the display could be the last opportunity people would have to see the tributes, as there were no plans for what would happen to the tributes after Sunday.

While the gallery was completing the installation of the exhibit, members of the public were getting an early look at the display before its official launch this evening. 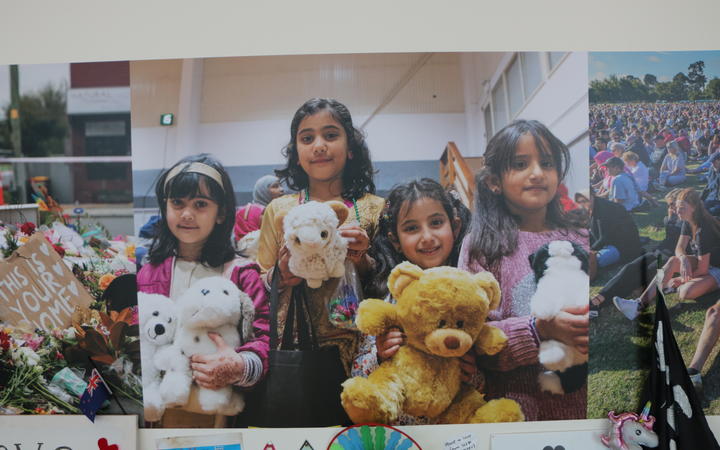 An exhibition has opened six months on from the 15 March attacks, showcasing tributes and art. Photo: RNZ / Nicholas Pointon

Among them was Gwenda Hodges from Invercargill, who was in Christchurch with her husband for a holiday.

She was in tears and said she was surprised to find herself so overwhelmed.

Joy Lowe and her husband were also fighting back tears.

Ms Lowe said they were on a cruise when the attack happened, and found it difficult to be away from the city in which they lived for most of their lives.

"It was sad to not actually be here when our people were being killed and all this was happening."

They visited the tribute wall on Rolleston Avenue when they returned, but after seeing the exhibit they said the strength of the messages had not been lost.

The exhibition launched at 5.30pm today and will run until 5pm Sunday.