Police have notified the next of kin and arrangements are under way to repatriate the Chinese tourists who died in a bus crash in Rotorua last week. 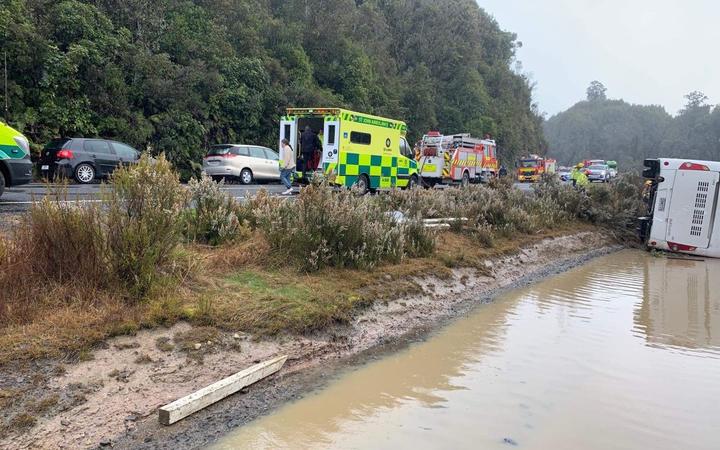 Five tourists were killed in the crash last Wednesday on State Highway 5 near Mamaku, northwest of Rotorua at around 11am.

A number of injured tourists are still being treated in Rotorua and Waikato Hospitals in stable conditions.

One is the driver of a white car described as being close to the scene as the crash occurred.

The second is a truck driver wearing a hi-vis jacket who radioed his base for assistance and directed traffic prior to police arriving at the scene.

The third is the driver of another car that was directly behind the first car on the crash scene.

A Chinese translation of the press statement is available here.