One survivor of a fatal bus crash near Rotorua has described helping down a passenger dangling from their seatbelt after the bus flipped over. 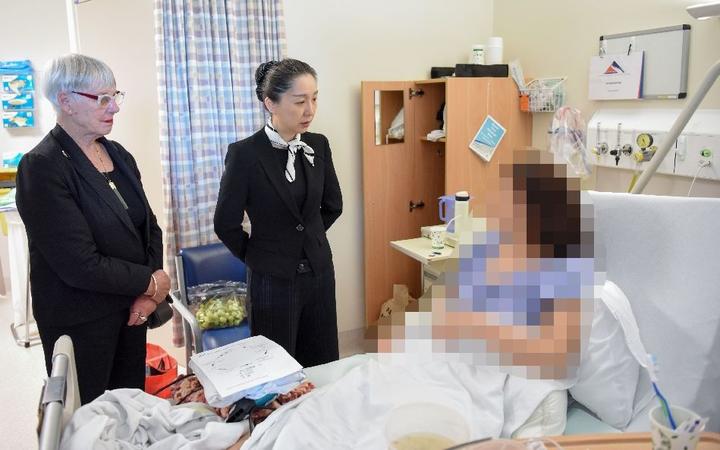 The 62-year-old man was travelling with his wife.

"I'm older and I wanted to go out and take a look at the world. I've never left China before and now this has happened to me," he said.

"When we started out on the road yesterday the weather wasn't good, it was raining and the road was slippery."

The tour bus was carrying 27 people - the majority of whom were Chinese tourists - when it rolled on State Highway 5, in Ngātira, west of Rotorua.*

Police today confirmed that four adults and a young child were killed in the incident.

Another survivor, a retired woman, was travelling with six friends.

She said the group had stopped for a toilet break right before the crash.

"The bus started to sway side to side very violently. It all happened very quickly and then it lost control, slipped off the road and flipped over."

She said she and all her friends were wearing seatbelts at the time of the crash.

They had left China three days ago for the holiday and the tour was scheduled to leave New Zealand tomorrow.

"I am very shocked by what has happened. I'm thinking about going home back to China earlier." 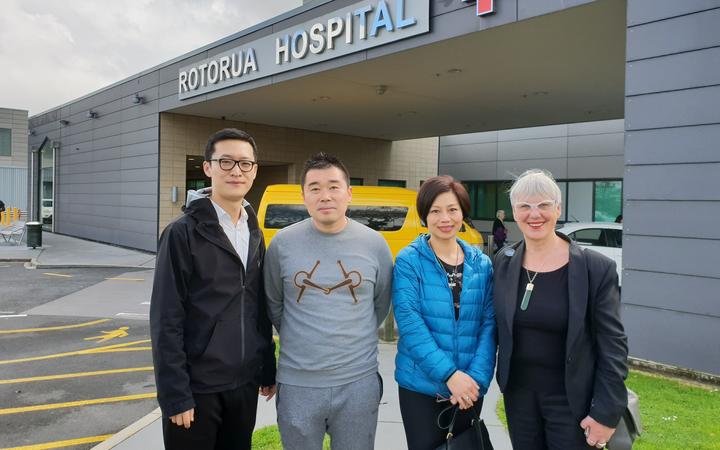 Several patients are being treated at Rotorua Hospital. The local Chinese community are offering whatever help they can - dropping food off, translating or simply being there to chat in their native language.

Robert Liu from the Rotorua Chinese Association said 10 volunteers had been helping with translating since yesterday and local restaurants had been delivering food to the survivors.

Rotorua Mayor Steve Chadwick said she was pleased to see the response during a tragic time.

"You look at everybody's support, it's very heartfelt. I was amazed as the mayor last night, the number of people that rang to say 'we've got space in our home, they can come and stay here, we'll look after them' ... and I thought that was lovely."

"Apparently they are very traumatised by the incident. What I'm doing is trying to give them as much help as I can."

Ms Wu said she also talked to the tour company and said it was trying its best to help the tourists.

She said the Chinese Consulate was in touch with families of those affected in China.

A police investigation is underway . The damaged bus is in secure storage and will be forensically examined over the next few days.

*Correction: The article has been amended on 23 September 2020 to say the crash involved 27 people - the majority of whom were Chinese tourists.