A small group of protesters have blocked a road out of the Ravensdown fertiliser plant in Dunedin. 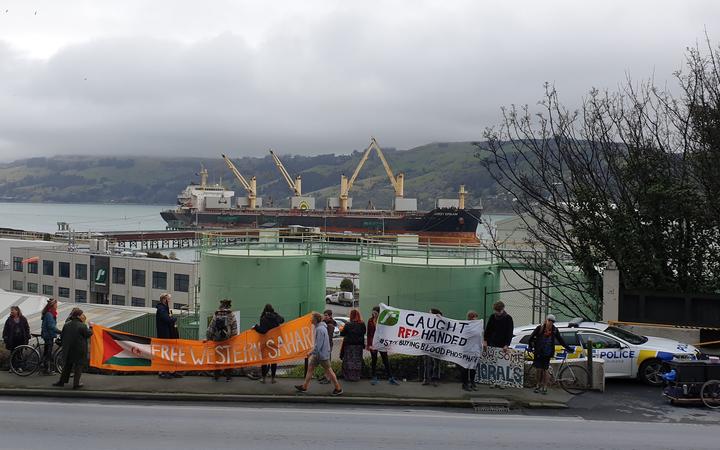 About 20 people gathered at Moller Park, in the suburb of Ravensbourne, to protest the arrival of Amoy Dream - a ship carrying fertiliser from the disputed territory of Western Sahara, which Morocco is accused of illegally occupying.

The park is owned by Ravensdown and a road that circles it is used by trucks carrying the company's product.

The group are labelling the product onboard Amoy Dream "blood phosphate".

The ship arrived in Dunedin about 9am today.

The ship was also met by protesters in Lyttelton on Sunday.

Ravensdown said it had done due diligence with the phosphate supplier and was operating within United Nations expectations.

It said the protest centred on a complex geopolitical dispute that needed to be resolved at a government level, via the UN.