Protesters gathered in the Canterbury port town of Lyttelton this afternoon, calling for a halt on importing phosphates from the disputed Western Sahara territory. 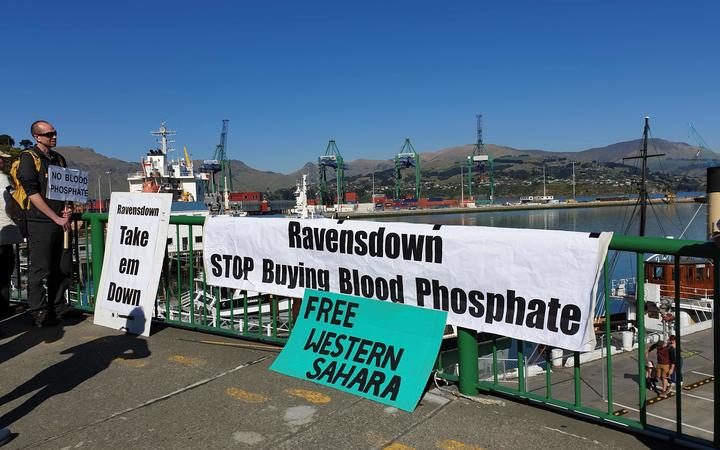 About 20 protesters met the arriving cargo ship Amoy Dream, which is carrying phosphate from Western Sahara, for the fertiliser company Ravensdown.

The protest group Ravensdown Take Em Down put up several placards and banners facing the ship. 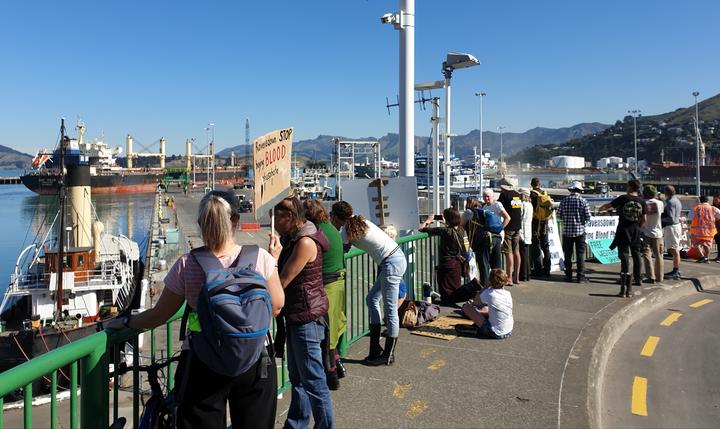 Protester Josie Butler said importing the phosphates from Western Sahara was supporting an illegal occupation of the North African territory by Morocco.

"I think it's an issue not a lot of Kiwis know about and I think if more Kiwis knew they'd be absolutely horrified to know that a local company was supporting this.

"So Morocco has completely taken over the territory and they are stealing the West Sahari people's resources and they're selling them for profit."

She said countries such as Australia, the United States and South Africa are no longer importing phosphates from Western Sahara, and New Zealand should follow suit.