Auckland Regional Public Health Service (ARPHS) has been notified of a New Zealander with measles who flew between Auckland and Sydney late last month. 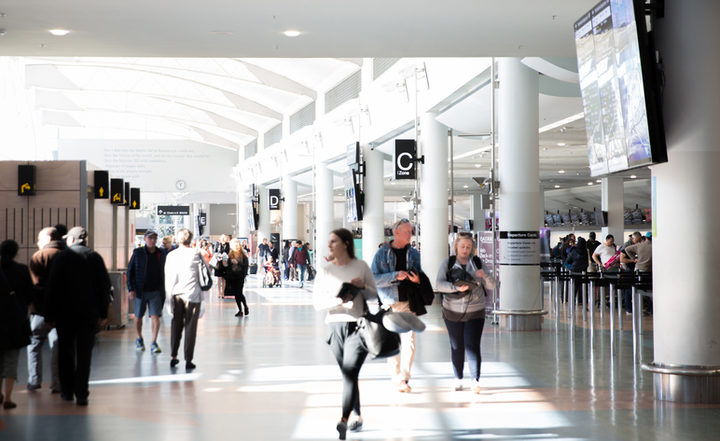 The person did not know they had measles at the time.

Medical Officer of Health Dr William Rainger said people who may have been in contact with that person should be vigilant for symptoms of the highly-infectious disease.

They returned to Auckland from Australia on Flight NZ108, which departed Sydney on Sunday, 25 August and landed in New Zealand at a 12.15am on Monday, 26 August.

Anyone who was on the flights, or in the airport departure or arrival areas around the same time as the case, should watch out for signs of measles.

"A few days later a rash starts on the face and neck, then spreads to the rest of the body," he says.

Furthermore, Auckland public hospitals say there are 10 patients in hospitals in the region with measles, including one critically ill child.

At the same time, family doctors in the city are seeing many patients worried about the disease.

Nearly 1000 have been infected in this year's outbreak - and 800 of them are in Auckland.

A clinic set up to vaccinate students against measles at Manurewa High School today just finished for the day.

The outbreak has hit 50 schools and 300 students were last week sent home from the South Auckland school, where 14 cases were confirmed.

Its principal Pete Jones said after the lunch bell, more than 80 students had received the jab.

"So really positive ... we've been running a clinic with the support of Counties Manukau DHB."

Cases on the rise around New Zealand

In Northland, the number of measles cases has jumped again - and the most recent cases have all been traced to Auckland.

Northland DHB is urging parents to ensure their entire whānau are up to date with vaccinations, with 34 cases of measles now confirmed in the region.

It said all of the recently confirmed cases involved someone catching measles either during a visit to Auckland or from an Auckland visitor to the north.

Medical Officer of Health Dr Catherine Jackson said many Northland people travelled to the big city on a regular basis, and vaccination rates in the region were too low to prevent the spread.

She said the impending school holidays and the added challenge of several large interschool competitions happening over the next week or two increased the risk of more measles cases.

Meanwhile, in Gisborne, a person suspected of having measles has been quarantined by health officials.

Medical Officer of Health Margot McLean said all people they were in close contact with were being followed up by the public health team.

She said if other people had become infected they could start getting symptoms from today, up until early next week.