More than 800 people in Auckland have now caught the measles, with more than 50 schools and a similar number of childcare centres experiencing cases this year. 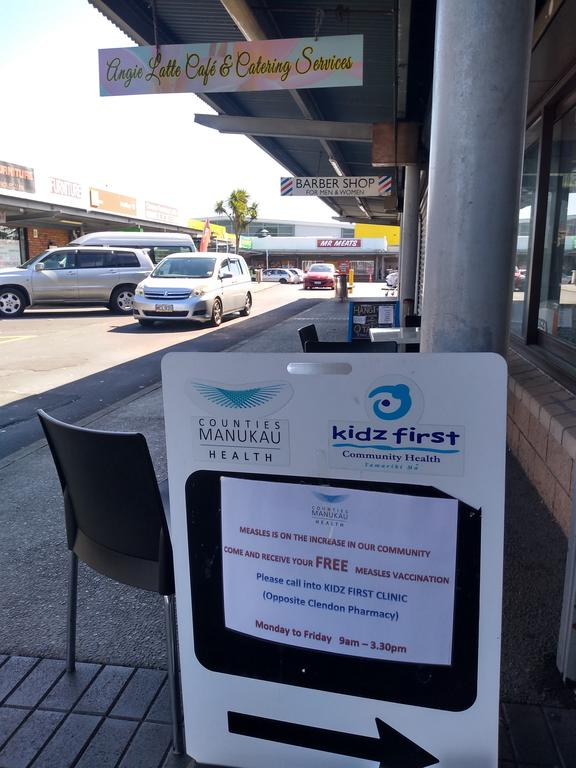 The Auckland Regional Public Health service said as of this afternoon there have been 804 cases, up from 778 on Saturday.

More than two thirds of Auckland's infections have been in Counties Manukau. Nationally there have been 963 cases, with over a third of those being hospitalised.

But, health authorities are warning the measles outbreak in Auckland has not yet reached its peak and they expect cases to continue to climb in the coming weeks.

He said Auckland's measles outbreak was expected to peak.

"We didn't model the numbers per se just the timing of when the peak would be and the expected timing is around two weeks' time," Dr Bloomfield said.

"So we will continue to see these numbers track through for the next fortnight that's what the model suggests but that does rely on us continuing to immunise those groups that the DG [Director-General] has asked that we need to make sure are immunised."

Dr Bloomfield said the number of measles cases was not at an epidemic level yet and health authorities were focused on the outbreak in Auckland and preventing further cases elsewhere.

It was another busy day at Manukau Superclinic's free vaccination clinic.

Taina Ututaonga, 15, travelled from Waiuku to receive her jab today and said her lack of immunity to the disease was worrying her and her family.

"My grandparents had to cancel coming to my birthday because of it so I was kind of worried about being able to see them when I might catch it, and I wanted to have the vaccination before anything happens."

Auckland mum Seei Leilua had her measles jab on Friday and today brought in her son, who was due for his routine vaccination at four years old.

"We've got people at church who have the measles so we thought we'd better come and get it done. Definitely get it done, it's sore but it only lasts for two minutes then you're all good."

On the frontline, nurses are working hard to vaccinate people who walk in the doors of the free clinics. 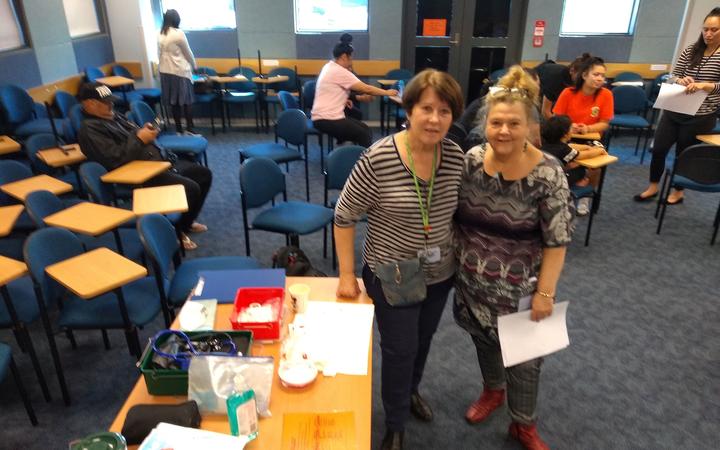 Public health nurse Karen Pearson had been giving free vaccinations at the Manukau Superclinic and said she gave about 50 jabs before lunchtime today.

Ms Pearson said the clinic was welcoming and no appointments were needed.

"It seems to be that people haven't got it done for some reason, they have concerns, but it's been proven safe. It's very sad that they haven't had it done but it's never too late."

Auckland Regional Medical Officer of Health William Rainger said more than 50 schools, and a similar number of childcare centres in the region, had reported cases of measles this year.

He said the best chance of stopping the outbreak was to ensure people were vaccinated.

Dr Rainger is asking families to check the immunisation status of their children.

"If they haven't been immunised with at least one dose of MMR please go and have that. For public gatherings such as school balls, if you think you're developing measles and the symptoms are red eyes, runny nose, fever followed by a rash, then it's best to stay away so as not to infect other people."