The man behind a proposed five-star hotel opposite the Dunedin Town Hall says he still wants to build his tower, but now faces competition from other developers interested in the site. 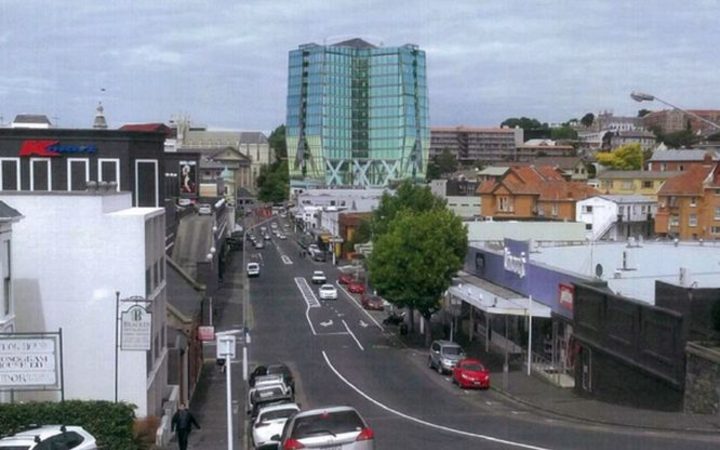 Tekapo businessman Anthony Tosswill has been trying to win support for his hotel and apartment project, to be built on the Moray Place car park site, since unveiling plans for a 17-storey tower in 2016.

Consent for the project was rejected the following year, and Mr Tosswill subsequently withdrew an Environment Court appeal - in favour of going back to the drawing board - after repeated design changes failed to impress.

Little has been heard from Mr Tosswill since last year, as he instead turned his attention to developments in Queenstown, but this week he told the Otago Daily Times he still hoped to get his Dunedin project off the ground. 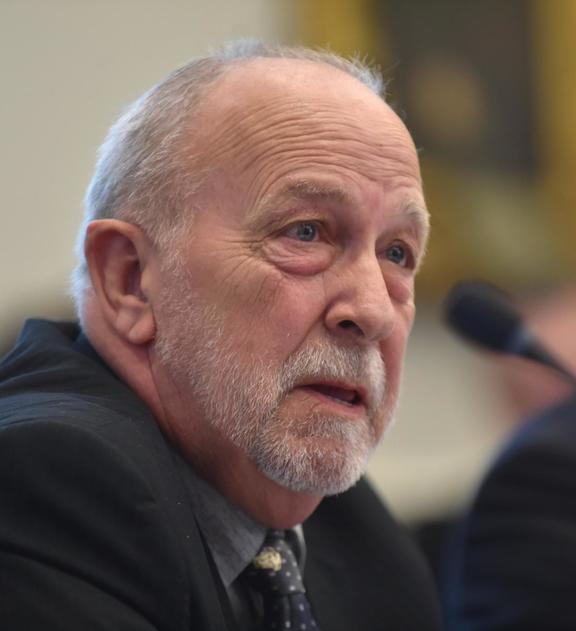 Tekapo businessman Anthony Tosswill, who has been working on consents for the 17-storey hotel. Photo: ODT

The building needed to be a "landmark" and tall enough for five-star views, but design changes could be considered to ensure public support, possibly including a design competition, he said.

He also wanted to ensure "commercial interests" were excluded from any subsequent resource consent process - a reference to previous submissions in opposition to his hotel plans from two rivals.

Millennium & Copthorne, which owns the Kingsgate Hotel neighbouring the car park site, and Misbeary Holdings Ltd, which listed Lani Hagaman, of the Scenic Circle Group, as a director, both sent lawyers to argue against the development during the 2017 consent hearing.

However, it appeared Mr Tosswill now faced competition from other possible developers to use the site.

A memorandum of understanding signed by Mr Tosswill and the Dunedin City Council gave Mr Tosswill and his company, NZ Horizon Hospitality Group Pty, exclusive first rights to the site, if his project won consent, but that has long since expired.

That means the car park - long earmarked as a hotel development site by the council, which owns it - is now available to other developers.

Council chief executive Sue Bidrose, contacted this week, said she did not know what Mr Tosswill's plans were, "but I do know there's other interest in the site".

She declined to elaborate, but Dunedin Mayor Dave Cull confirmed other interested parties were circling.

He had not heard from Mr Tosswill in at least six months, and although he could not say whether his project was officially dead, "certainly it doesn't look hopeful", Mr Cull said.

"All I know is he hasn't made any fresh efforts to come up with a new design," Mr Cull said.

Mr Tosswill's original plans envisaged a 17-storey glass tower - including a five-star hotel, apartments, retail and other features - but ran into opposition from critics worried about its height and visual dominance.

He had indicated he would go back to the drawing board and prepare a fresh application, and possibly seek a direct referral to the Environment Court.

Court staff said this week nothing had been lodged "and we are unaware of anything due to be filed".

However, Urban Development Minister Phil Twyford unveiled a proposed new strategy this week which would, if approved, allow the Government to direct councils to free up planning rules in some areas, including height restrictions.

Mr Cull, in a radio interview last week, said the failure to see a five-star hotel built in the city was one of the disappointments from his time as mayor.

He told the ODT the city had seen other boutique five-star hotel developments instead, but still needed something bigger.

"We're progressing, but I believe Dunedin needs a five-star hotel ... It's a disappointment that a hotel hasn't been achieved on that site."

This story first appeared on the Otago Daily Times