A Wellington charity is launching a programme to help teach refugee women how to ride bikes. 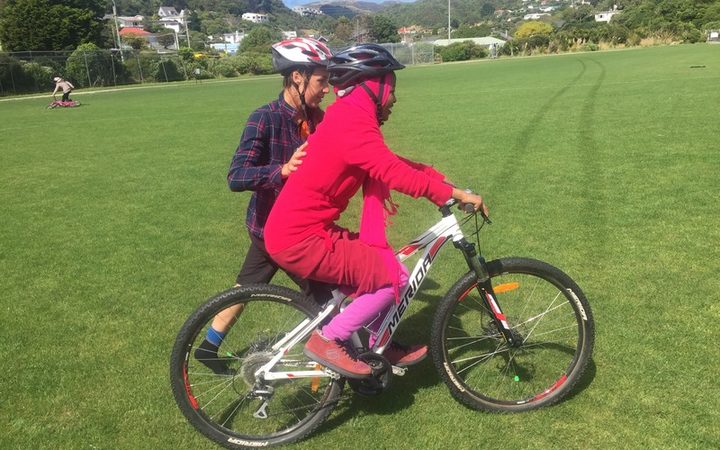 ReBicycle EkeRua 'upcycles' donated, second-hand bikes and gives them to refugees and other people in financial difficulty. Now they're teaming up with the Greater Wellington Regional Council to encourage refugee women to learn to cycle.

Co-founder Hilleke Townsend said the charity had been given over 1100 bikes in the last three years and had fixed up about 750 of those to give out to women in the community.

She said bikes allowed former refugees arriving in New Zealand to get around without the up-front initial costs they often could not afford.

"It can take them over a year to get a New Zealand Driver's Licence, and also the cost of buying a car and also running a car isn't really something that's achievable for them in the short term," she said.

"Being able to give them a bike helps them to get around, means they're able to get to their language classes, pick the kids up from school, it means they're able to travel around in their community and it also makes them a bit more connected to their community - it's really easy if you're riding a bike around to stop off and say hi to your neighbour."

She said many of the women had previously been unable to ride bikes as an adult - or in some cases, at all - or did not have the tools to ensure they were comfortable riding a bike, which was where the training came in.

"We've got Pedal Ready instructors who are coming in to help teach the women to ride bikes and they can teach them any level, so whether it's learn to ride or if they're more experienced cyclists, it's riding on the road and learning road skills.

"A lot of muslim women wear long robes so it's just helping give them the tools to be safe and comfortable and making sure that their clothes don't get caught up in their bike."

She said hilly Wellington did off some challenges, but most of the families tended to settle in flatter areas.

"We're talking about Newtown, Berhampore, even Strathmore and in the Hutt, where it is actually quite achievable to bike short distances."