A refugee advocate is calling on the prime minister to match her rhetoric and scrap a "racist" family-link resettlement policy. 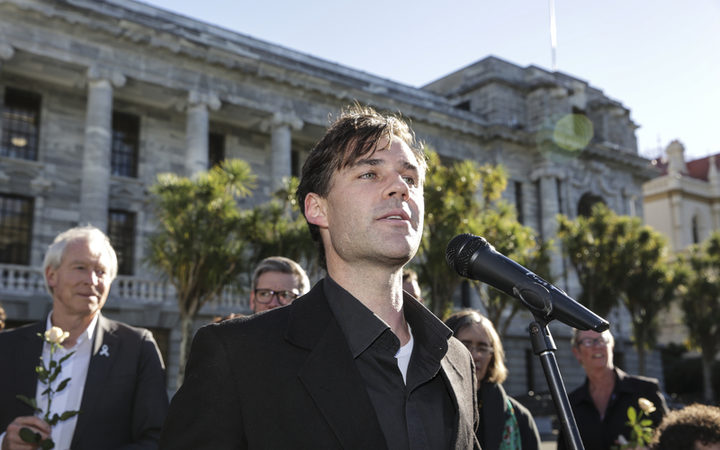 The policy was introduced by National a decade ago and means refugees from the Middle East and Africa are only allowed to resettle here if they already have family living in the country.

World Vision presented a petition yesterday to the Education and Workforce Select Committee calling for the refugee policy to be fairer.

A review of the policy was expected in July, however, Immigration Minister Iain Lees-Galloway said it was still being considered and a decision would be announced "soon".

Refugee advocate Dr Murdoch Stephens said this was a racist policy "intentionally designed to reduce the number of Middle Eastern and African refugees in the country".

He said the government had had long enough to make a call on the policy and in the wake of the Christchurch terror attack it "absolutely has to change".

He is calling on Prime Minister Jacinda Ardern to step in.

"She is the leader of the country, she's got to step in and match her rhetoric.

"If she's saying 'they are us' then she's got to step up now and say, well actually, if they are they've got to be just as allowed as any people to seek asylum, seek refuge here.

"She's seeing how this affects African background and Middle Eastern background New Zealanders, how they do not feel at home here and this kind of policy leads to the isolation and leads to the vilification that was behind the March 15 attacks," Dr Stephens said.

"I've said before it's something that needs to be looked at but we'll be making announcements once final decisions have been made."

Immigration officials were briefing MPs on the select committee further this morning.

Following the briefing, MBIE immigration policy manager Sian Roguski told reporters the government had been advised that the family-link policy had prevented the government from reaching its set regional quotas.

"The policy has made it difficult to resettle the number of refugees that government has put aside in terms of their regional allocation.

"We have not been able to meet our 14 percent allocation for that [region]," Ms Roguski said.