A Karamea local says a part of their West Coast history has been knee-capped by the removal of ancient rātā trees. 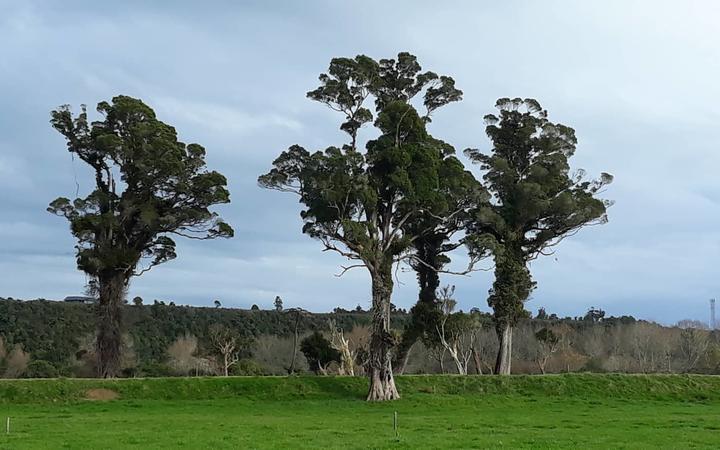 The four large trees, thought to be about 300-years-old, were bowled over on Tuesday to make way for a new flood stop bank.

The West Coast Regional Council said it could not risk a flood in Karamea of the scale that struck Edgecumbe in 2017, which was behind its decision.

Local man Ray Douglas said the general feeling in the community was shock and disappointment and that the council had been swayed from an alternative solution by cost.

"They were there before my ancestors went there and farmed it in 1874, and those trees would have been well and truly established back then.

The regional council made the decision to remove them after seeking public feedback, he said. Of the 35 submissions, 16 supported removal of the trees and 19 were opposed.

"What the regional council has proposed to do is upgrade that stop bank and make it up to four metres wide at the top.

"This particular spot where these trees were, there's never been flooding through the wall, or any breach there, but they're saying that the trees being there could at some stage breach that wall if they fell over in a big flood," Mr Douglas said.

The council said it could not ignore the findings of an independent review of the Edgecumbe flood, which was caused by a breach of the river stop bank.

On 6 April 2017, a breach of the Rangataiki River stop bank resulted in widespread flooding of properties and the evacuation of the entire township. 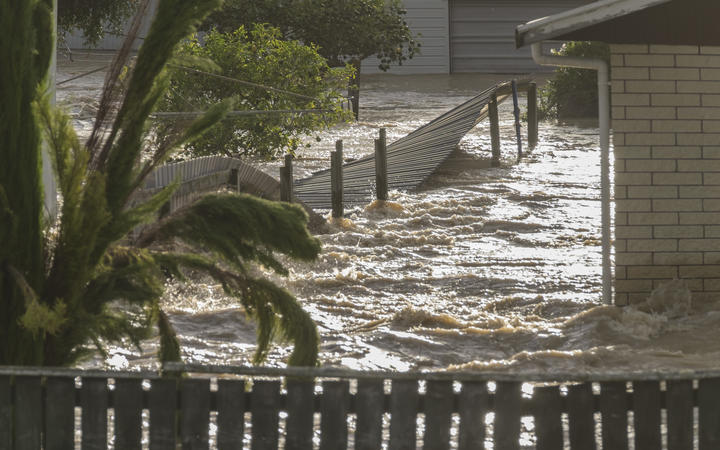 Sir Michael Cullen's review of the Edgecumbe flooding was released publicly in October 2017.

The West Coast Regional Council said while it contained recommendations specific to the Rangataiki Scheme, there were a number of recommendations around long term river management strategies, community understanding of flood risk, evacuation and civil defence emergency management planning.

"It would be remiss of the council to not take these findings into consideration as we manage our flood protection assets into the future," it said in a statement.

He reckoned what happened in Edgecumbe could happen in Karamea. He also believed a fair amount of opposition had come from people who didn't live in the town.

"The other ones making comments, they're living on hills. It's easy to say 'protect what we've got' when they're safe, but think about the people living in the low-lying areas instead of being selfish. That's what I think," Mr Tinomana said.

Mr Douglas said there was no question that better flood protection was needed, but there was little consideration of an alternative.

"There's enough land around those trees for the stop bank, but they weren't willing to look at it because of the monetary aspect.

"I think they (the regional council) had made up its mind right from day one that those trees were going to go."

The council said building the stop bank around the trees would cost an estimated $1.1 million, as opposed to the $400,000 it had set aside for the job.

The Buller District Council's representative in Karamea said the elegant and stately trees were on the farm she and her late husband once owned.

Rosalie Sampson did not think they needed to go, but they were no longer consistent with policy, based on what had happened in Edgecumbe.

She said she had tried to persuade the regional council not to remove the trees, but its mind seemed made up.

Mrs Sampson said the council appeared concerned that the trees were nearing their age limit and could fall over.

"The regional council was quite determined they had to go because of their stop bank policy, and said even if the stop bank wasn't going to be enhanced, that they would have had to go."

Mrs Sampson said the owners of the property where the trees once stood had been caught in the unpleasant crossfire.

"I was really quite disappointed in our community. There were some people who made the property owners' lives very unpleasant. I don't condone bullying and that's basically what some people were doing."