A heritage order is being sought by people on the West Coast to protect four 300-year-old rātā trees from being chopped down. 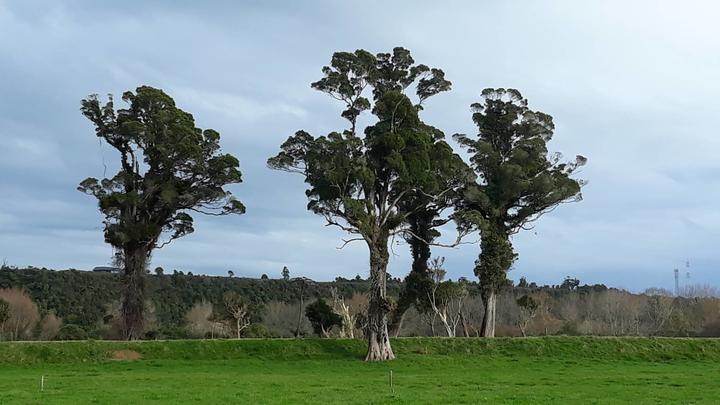 West Coast locals are furious the four 300-year-old rātā trees in Karamea are set to be cleared to make way for $400,000 improvements to the river stopbank. Photo: Ray Douglas / Supplied

A West Coast Regional Council spokesperson said the trees had to go to make way for a river stopbank upgrade in Karamea, north of Westport.

The schedule recognises significant native trees and protects them from destruction, unless they are preventing work that is clearly required to protect the public from danger.

The regional council received 35 submissions about the stopbank, with 16 in support and 19 against.

Ms Kerslake said the Karamea community was not opposed to the stopbank.

"The stopbank is a good thing but when it was talked about chopping the trees down there was general uproar, a lot of eye rolling, a lot of, 'That's typical behaviour from our regional council.'

She said people felt the regional council did not understand the significance of the rātā.

"Our main businesses in Karamea, aside from dairy is tourism and people come to see these trees, if they get bowled over it is going to change the look of the place.

"I think just the swiftness by which they could be taken out without a second thought was more the thing that caused the anger."

Ms Kerslake said if the rātā made it on to the notable tree schedule there was a chance it could encourage the regional council to seek an alternative stockbank plan that would leave the trees standing, but she was not optimistic.

She said there was a likelihood that the regional council would rush in before the heritage order is given and fell the rātā.

"The Karamea stopbank was constructed in the 1930s from what is essentially unconsolidated river silt, therefore vegetation on and close to the existing stopbank has been identified as a high-risk factor to the [bank's] structural integrity.

"Whether or not the upgrade of the stopbank occurred, those 3-4 rata trees would still require removal due to their size and proximity to the bank.

"While trees and shrubs can enhance the landscape it is important to understand their limitations, especially related to stopbanks, as undesirable vegetation can increase risk factors that contribute to bank failure."

The trees are expected to be removed prior to the stopbank work being undertaken.