By Mike Houlahan and Elspeth McLean for the Otago Daily Times

Doctors are reluctant to refer potential bowel cancer patients to the trouble-plagued Dunedin Hospital gastroenterology department in fear a colonoscopy request will be declined, a local GP says. 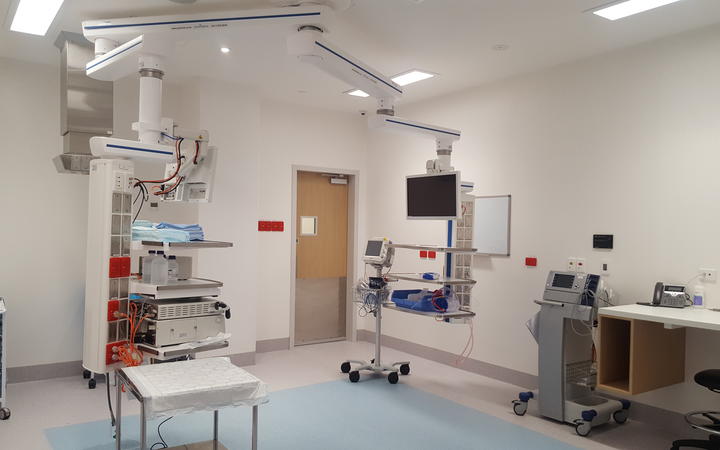 The perception that "grey area" patients would probably not receive colonoscopy placed those people's wellbeing in jeopardy, Dr Dave McKay said in a letter provided to the Otago Daily Times.

"GPs all hold that optimal, timely, and patient-centred care of patients is our core ethic," he wrote.

"We do this job because we care and want to maintain health wellbeing, and sitting on concerns around patient wellbeing without action is intolerable for GPs, patients and their families."

The gastroenterology service was recently subject of a searching independent review, which saw 20 bowel cancer cases reviewed; in half of those the patient's diagnosis was delayed.

Dr McKay said local GPs often found themselves debating whether to send a patient for a colonoscopy "based on the learned experience of refusal in these more uncertain and early presentations."

"Undoubtedly GPs have altered their referral practices, holding on to patients they would have once referred ... early, more complex and nuanced presentations are often swiftly rejected on the basis of not reaching a 'guideline threshold' rather than being appreciated for the early stage of disease that their symptoms may represent.

"This is alarming and additionally leaves the GP in a very vulnerable medico-legal position."

The independent review by Christchurch clinicians general surgeon Phil Bagshaw and gastroenterologist Steven Ding found the gastroenterology department had deep-seated workplace culture issues, that colorectal cancer care management had been inadequate, and that the whole system required an urgent overhaul.

"The GP perspective has not drawn comment, as their involvement has been less concentrated than those of other hospital specialists in terms of numbers of patients involved in these issues," Dr McKay said.

"GPs rightly or wrongly have in recent times felt disempowered by the tone and requirements for acceptance of their patients for colonoscopy ... this is not simply a personality issue, it is also very much a SDHB issue and I believe that the board must accept responsibility for the problem as it has evolved."

The letter is being sent to the SDHB.

SDHB chief executive Chris Fleming said all referrals where symptoms met national referral guidelines were accepted for colonoscopy, another appropriate procedure such as CT colonography, or seen in clinic.

"We encourage GPs to continue to refer cases they are concerned about, and to include all relevant information.

"If a referral is not accepted, for any reason, we would encourage our GPs to re-refer if they feel that their referral information had been misinterpreted, or their patient has symptoms that persist or progress."

Mr Fleming said GPs were a vital safety net in ensuring patient safety, and that they would be aware of health and disability legislation.

"For this reason we would be surprised if many choose not to refer a patient they are concerned about."

Emeritus professor of medicine and previous Dunedin Hospital gastroenterology head Gil Barbezat said yesterday he had spoken to several GPs concerned about their dealings with the department.

While he could not speak for them, generally they echoed Dr McKay's comments about being upset by having patients refused procedures with rude letters demeaning their care, and some had given up referring patients.

Asked why GPs might be reluctant to speak out when it appeared there was considerable concern among them, Prof Barbezat said he had found people in New Zealand were extremely accepting of authoritative dictates and did not like to "rock the boat''.

It seemed now there was an increasing realisation that they had been "too quiet for too long".

Prof Barbezat believed the current problems were a direct result of decades of under-resourcing and under-funding of gastroenterology in general, and colonoscopy in particular.

"Despite its limitations resulting from a scarcity of resources, it [the screening programme] is proving beneficial to our population," he said.

"There is, however, a consequent increase in demand for colonoscopy as a result of patients screened testing positive.

"Unfortunately, this has likely impaired access for our patients who already have symptoms who are declined timely colonoscopy from SDHB's gastroenterology department."

Mr Fleming said Southern was only able to join the national screening programme after it brought waiting lists sustainably under control.

"We have among the highest participation rates in the country, including for Māori, with participation of 72 percent, 16 percent above the national average.

"So far, the programme has detected 96 cancers that would not otherwise have been detected, and polyps (precancerous lesions) in over 750 patients.''

Joining the programme has not reduced the numbers of symptomatic patients referred through their GPs being offered investigation, Mr Fleming said.

"Conversely, it appears to have increased these numbers, no doubt due to the greater publicity around bowel symptoms."