The solution to kauri dieback could be hiding in compounds from other native plants. 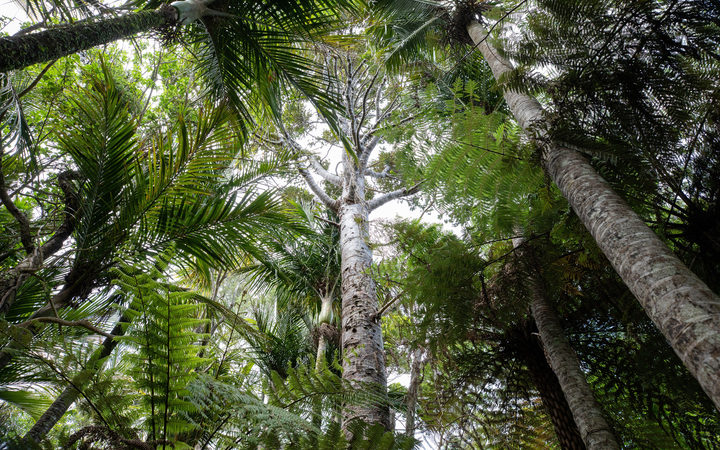 That's according to research from Victoria University of Wellington's Dr Monica Gerth, who has been studying the disease in collaboration with iwi since October 2017.

Dr Gerth said the idea came after looking at the three main stages of plants in a healthy forest - something that the Ngāpuhi iwi, from Northland, have extensive knowledge of.

"We thought those first wave plants, with that idea of cleansing, might actually be a good lead into plants that have anti-microbial activity," she said.

Kānuka, karamū, kawakawa, and nīkau were tested, and the research group found kānuka extract appeared to be particularly effective at stopping the infectious spores of the microbe that causes kauri dieback.

Though it's early days, Dr Gerth said there was potential for practical application.

"We're looking into the idea of making formulations of these compounds, or the idea of co-planting," she said.

"If kānuka, for instance, naturally exudes these compounds into the soil there might be a protective, long term advantage to co-locating kānuka trees near kauri."

The study was funded by MBIE under a Smart Ideas Grant and has been published in the Journal of the Royal Society of New Zealand. The research group is hoping to find more funding to continue their work.

Dr Gerth said there was currently no cures or solutions to kauri dieback, only "band-aid" treatments to keep sick trees alive.

"I don't know if I can say that this a breakthrough ... but we're definitely really excited about it," she said.

At the moment, 31 DOC walking tracks are partially or completely closed to stop the spread of the disease. It has been found in sites from Whangaroa to the Coromandel and DOC warns that the disease can be spread by just a pinhead of soil.