About 30 officers are patrolling the park over Easter weekend and will issue trespass and bylaw notices if trampers break the rules.

Dozens of tracks the Waitākere Ranges Regional Park were closed, as well as nine in the Hunua ranges, which had so far been unaffected by the disease.

The council's regulatory compliance manager Steve Pearce said a lot of time had been spent on educating the public about kauri dieback in the last year.

This weekend the council's compliance team has been brought in to manage the enforcement of the rules.

"For the past year or so we've been relying on education and people doing the right thing. Most people are complying but we know there are a few out there who are choosing to ignore the closures.

"And, so, we're out here now finding those who are breaking the rules and we're going to take enforcement action if we find them." 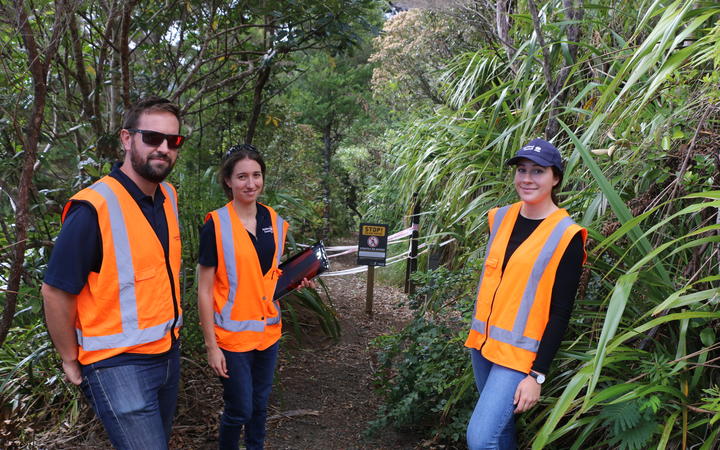 Mr Pearce's team had been in charge of the compliance of the track closures for about 6 days and there were things they could use to enforce the rules.

"We're working pretty closely with MPI [Ministry for Primary Industries] and that kind of broadens the suite of tools that we've got - things like trespass notices and by law notices.

Along the Waitākere Dam Track on Good Friday, Mr Pearce spent the day with compliance officers Ana Paskaleff and Karli Green who were talking with walkers to warn them about the closures.

They explained to trampers, including Aucklander Jamie Barter, Wilson Ong and Allie Buckley, why the tracks were closed and where walkers could go safely.

Mr Barter said they had checked the tracks before setting off and knew the Waitākere Dam was one of the few open, but he had learned a lot from talking with the council officers.

"You knew it was happening and you hear various reports of how bad it was, but this is probably the most I've learnt."

"[The closures] are obviously for the right reasons but it's quite eye opening really." 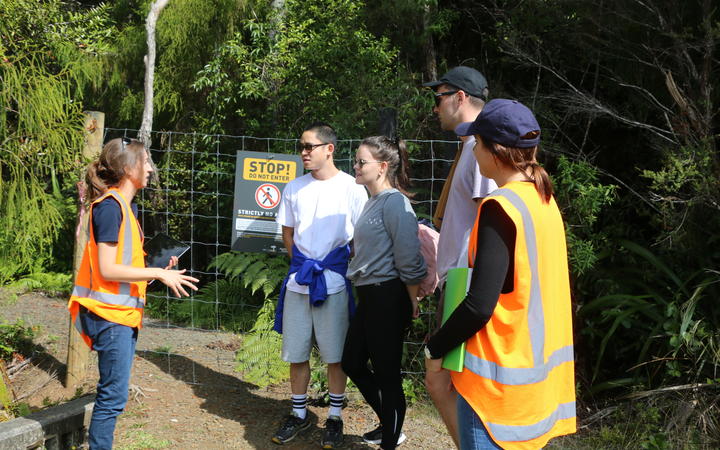 Ms Buckley said she felt the disease had become more common around the Auckland area but she had not seen anyone who was breaking the rules.

Tramper Gail Wray said she had noticed the arrival of kauria dieback disease in the area happening over a number of years.

"We're doing the best we can for these beautiful, beautiful trees."

Ms Wray had not seen anyone breaking the rules by going along closed tracks.

Mr Pearce said while the council had not caught anyone yet, they knew people were going along closed tracks.