Opinion - Supporters of the Labour-led government are bitterly disappointed in what is being seen as a failure of leadership by Jacinda Ardern over a capital gains tax. But it may be there was never any real intention to implement such a tax. 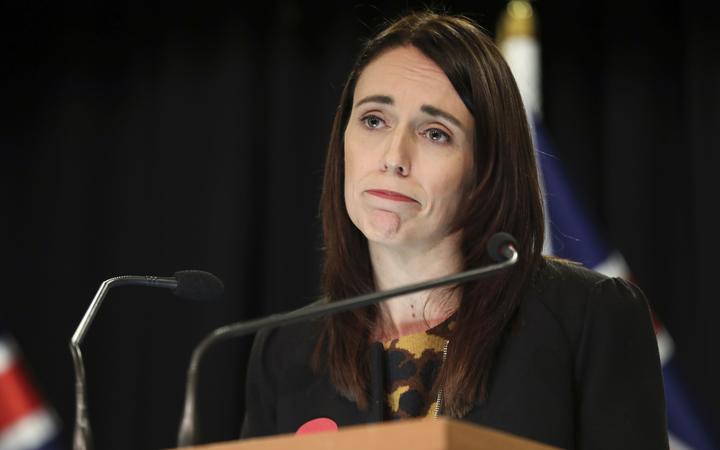 Prime Minister Jacinda Ardern announces that the CGT will not be introduced Photo: RNZ / Ana Tovey

Have the government's supporters just been conned? With the decision by the Labour-led government to entirely axe their programme for a capital gains tax, there will be huge disappointment on the political left at what seems a major failure of leadership and conviction. A change of government appears to have resulted in exactly no change to the tax system.

While it looks like the coalition government suddenly got cold feet just when riding high in the polls, this decision was on the cards well before today. But did Labour ever really intend to introduce a progressive new tax regime?

During the election campaign Labour always side-stepped the issue of getting NZ First on board with a CGT, as if they didn't need to worry about persuading their potential coalition partner. In hindsight, it's a sign that they weren't serious about implementation.

Early on in government, Ardern acted as if getting NZ First's support for such a tax was a formality, even though it was clear they would need convincing. Just as Labour refused to go out publicly to campaign to win the public over to the CGT proposals, it seems that no real effort was made to win their coalition partners over either.

It's not as if the arguments weren't there. Their own Tax Working Group said 80 percent of the public were going to be better off under their proposals. A CGT would have done exactly what Peters' party claims to be for: hitting the establishment and the rich. With a few exemptions for small businesses and farms, Peters could have been satisfied that his support base was being looked after.

Labour was always going to have to decide what issues it was going to heavy Peters over. Would be refugee numbers, oil and gas exploration, or the CGT? It comes down to priorities and maybe corralling NZ First on the CGT was always going to use up too much coalition capital with too little gain.

Pushing through a CGT, publicly and politically would require hard work and courage. It required a popular leader with strong convictions. It turns out, despite her efforts over the last month, Ardern wasn't that person. The complete abandonment of any CGT for the entire term of Ardern's leadership makes it clear that the policy was just one they want to go away - not fight for in any meaningful way.

Far easier to go through the motions, kicking for touch by paying a working group to do the detailed work. Labour and Green leftwing supporters got the sense that their government was doing something - living up to the campaign rhetoric.

It seems now they never really intended to follow through. There are few other explanations for the complete failure to put up a proper fight for a CGT. They left the public debate to others - essentially allowing the right and the business community to dominate - as they always would with the government missing in action. It only makes sense if the Government regarded the whole tax reform programme as a way to signal their virtue to their supporters without any real commitment to action.

Many will see this as a failure of leadership on the part of Ardern. But perhaps it's worse - a completely cynical episode in which her supporters have been conned into thinking this government is more progressive and principled than it really is.

* Bryce Edwards is a Victoria University of Wellington academic whose main research areas are in political parties, elections and Parliament.