A Napier couple's plans for their newly-purchased lifestyle block are in tatters after learning, just days before taking ownership, a large shopping complex could be built directly opposite them. 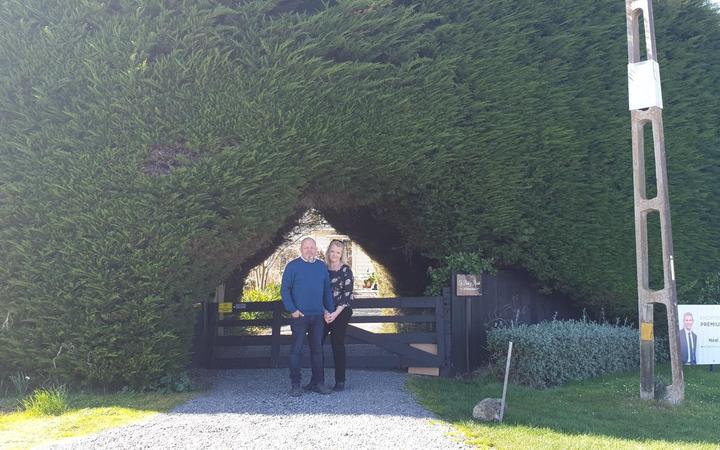 Gareth and Jo Jones bought their semi-rural property on the corner of Eriksen and Kenny Roads on the outskirts of Te Awa on 27 April.

A week before they were due to complete the sale the owner of the block of land opposite them, Te Awa Land Development Company, informed them of their plans to build a 600 m2 supermarket, four retail shops, a cafe, a medical centre, a 75-place childcare centre and a 77-place car park on the 1.4 hectare site.

"We were absolutely devastated finding out about the development. We bought a lifestyle block and now were going to be opposite a commercial activity. Instead of having 500 vehicles a day coming past us we'll have 5,000. It's going to become a main arterial road," Gareth Jones said.

They blamed the council for not telling them about the project when they did their pre-purchase due diligence.

"The resource consent application was lodged in February. We'd been to the council, we'd done our due diligence, we'd even discussed the district plan... yet the council still didn't tell us. They hid it from us. That was their opportunity to be transparent and they weren't," Jo Jones said.

The land was currently zoned as residential but Te Awa Land Development, owned by Hawke's Bay real estate agent Simon Tremain, was applying to make it a commercial zone.

A day before becoming the legal owners of their new property the couple received a letter from Napier City Council officially informing them about the project and asking for a submission as an "affected party".

"We rang our lawyer but we couldn't get out of the sale. We had big plans for this place ... now that's all on hold," Mrs Jones said.

The couple were one of four properties to be consulted about consent.

Their neighbour Paul Harris, whose farm is right next door to the proposed shopping complex, wasn't told at all.

"I wasn't considered to be an affected party. I had to hear about it second-hand."

The council later conceded he was an affected party, he said. 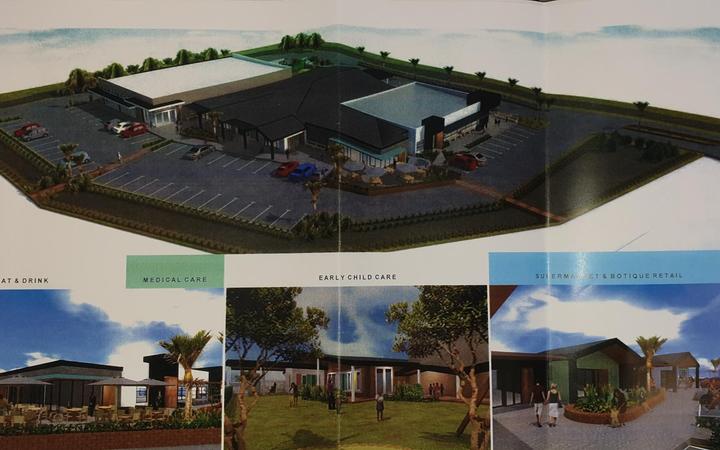 "They acknowledged that if I wanted to do anything about it I would have to go through a judicial review. Well, that's not quite the way to treat somebody on an opening gambit," Mr Harris said.

"I've got to say this report does not make happy reading. The logic is quite difficult to follow about how they've decided only four properties are affected by what is said to be substantially more commercial, and bigger commercial activity that the zone allows," he said.

It was not the first time residents on Kenny and Eriksen Roads had failed to be consulted about a big project.

Kenny Road resident Andrew Friedlander, who lived just down the road from Gareth and Jo Jones, said no one knew a 300-unit retirement village was being built earlier this year - diagonally opposite the proposed shopping centre - until the bulldozers arrived.

"The council is seriously flawed in their whole process for looking at these developments. We are not necessarily against them, but we need to be informed."

The lack of consultation on the shopping centre was "appalling", said Napier City Councillor and mayoral candidate Kirsten Wise.

No councillors were even aware of the development, said Mrs Wise, who was also a resource consent commissioner on the planning committee.

"The fact that this significant commercial [building], which in my opinion needs far wider notification as part of the resource consent process, has not even been brought to the attention of the Resource Management Act commissioners within council is completely unacceptable."

The number of non-notifiable or limited consents being granted by the council was concerning, she said.

"I've been a commissioner for six years and I have sat on one hearing. As a council we don't seem to be publicly notifiying our resource consents. This is another example where Napier City Council is not following correct processes."

A 2017 revamp of the Resource Management Act made it easier for developers to get consents with fewer notifications.

In the case of the shopping centre, council notification staff were only following the rules, Napier City Council director of city strategy Richard Munneke said.

"These are the rules and this is how things work. We believe those have been applied properly.

Gareth and Jo Jones weren't told about the proposed supermarket when they did their due diligence with the council because it was still only in the application stage, he said.

"Usually you give information about what has actually happened on the site, not things that might happen ... and for that [development] it's just a resource consent application."

However, the consent would now be decided by independent commissioners, but no date has been set.