Neighbours opposing a controversial development on Auckland's Dominion Road say they're now in a David and Goliath battle against two council organisations. 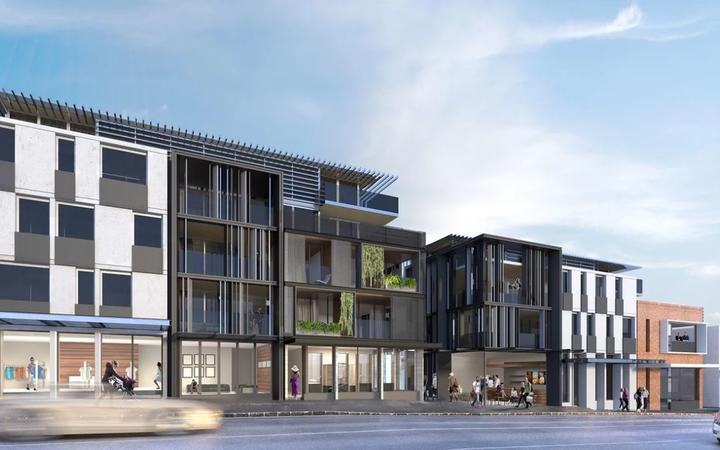 Auckland Council and its development arm Panuku have resolved their legal differences over the five-story apartment and retail complex but neighbours are keeping up the fight in the Environment Court.

The council had initially refused permission and Panuku lodged a court appeal - but they have since gone through a successful mediation.

An opponent and neighbour of the development, Peter Lange, said under the new compromise, two blocks in the development had their height reduced but one was still five storeys.

That was too high, and neighbours did not want the four-metre deep underground carpark, he said.

"Now the council's agreed to it, it all feels like it's a bit stacked against us, even though the unitary plan is being stretched... to a pretty large degree," he said.

Some pensioners who live in modest flats next to the development were worried the intense drilling would disrupt their homes and they would be hugely overshadowed by the fifth story.

They, and Mr Lange, have been accused of being NIMBYs who won't make way for the younger generation of Aucklanders to find homes.

"I've had my share of hate mail... they said 'it won't be long before you're dead and we'll cremate you and put your ashes into the foundations of the new building'," he said.

But the neighbours weren't opposed to a development just not on that scale, Mr Lange said.

Panuku would not comment on the case while it was before the Environment Court where it would be heard next month.