Rain and snow is disrupting several roads in the South Island although Arthurs Pass is now open again. 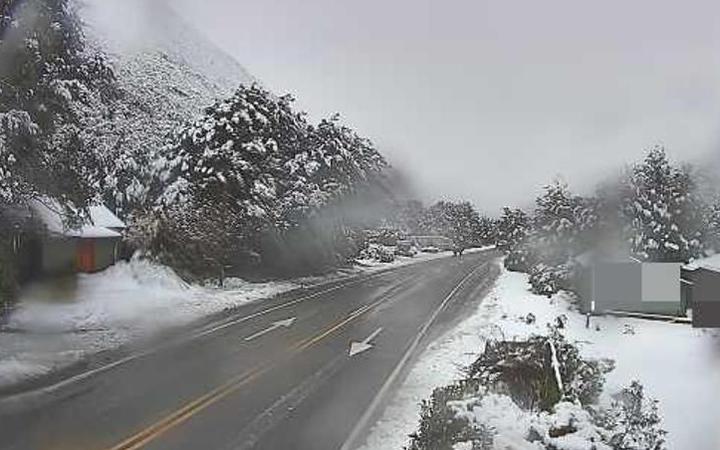 The Transport Agency has re-opened State Highway 73 from Springfield to Arthurs Pass after heavy snowfall.

But all cars need to use chains on the road, and no towing vehicles are allowed.

An avalanche hazard has closed SH94 between Te Anau and Milford Sound.

The Queenstown Lakes District Council said light snow has fallen on the Crown Range this morning, and more was expected before midday. Grit has been applied to the road but drivers are advised to carry chains.

Drivers are being warned to be cautious on SH6 and on the Lindis Pass in Otago, where heavy rain could turn to ice on the road. Temperatures are hovering just above freezing at present, a council spokesperson said.

MetService said snow may affect both the Desert Road and the Napier-Taupo road from tonight through until early tomorrow.

The forecaster issued a heavy rain warning for the Tararua Range and the Westland ranges south of Otira for today, saying streams and rivers may rise rapidly and surface flooding and slips are possible.

It is also forecasting rain for most areas of the North Island tomorrow, with snow expected to 700m over central and eastern areas.