Being paid to vote is one of the ideas put forward as a way to get more people voting in this year's local body elections. 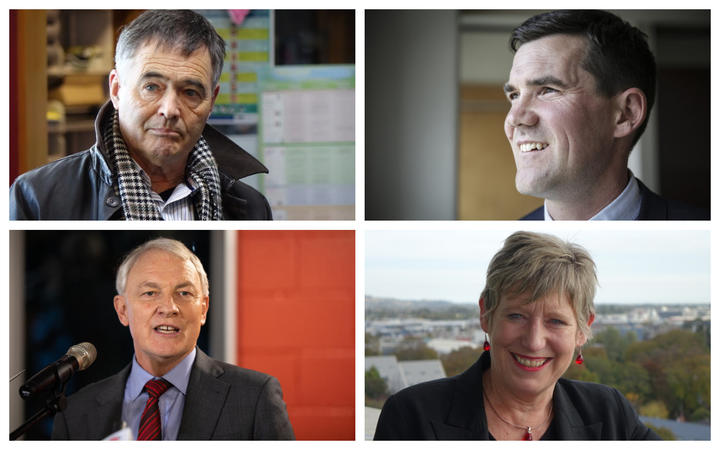 Last night Auckland Council had a panel discussion, that addressed the problem asking: Voting: Why Bother?

Members of the public spoken to by an RNZ reporter said they didn't know how or when to go about voting and that local body elections didn't have the same hype as general elections.

One man came up with this suggestion: "We should get $10 to go and vote so it gives you a bit of incentive to go to town."

Voting rates have been falling for at least 30 years, when the rate was in the high 50s - it's now in the low 40s. That's almost half of what it was for the most recent general election, at 77 percent.

In Auckland it's 38 percent - even though more than 80 percent of people knew the elections were happening in the weeks leading up to it.

Local government figures show the main reasons people didn't vote were not knowing enough about the candidates, not being interested in politics, or they just forgot.

So with all the talk of rates, water and roads why are fewer of us having our say?

Laura O'Connell-Rapira started an organisation, RockEnrol, to try and lift low youth turnout, and looked into which demographics vote the least.

"It's people who are Māori, Pasifika, people who've recently migrated to New Zealand, it's people from low-income or education backgrounds, and people in rural areas," she told those attending the panel discussion.

"And if you look at the reasons for each of those groups, it's actually very complex. For Māori, a lot of it has to do with an intergenerational distrust of the Crown and its agents due to our colonial history."

And with age-groups - those over 65 were twice as likely to vote as young people.

Senior lecturer at Massey University Karl Kane and journalist Hayden Donnell say the voting system isn't adjusting to modern society as well as it could.

"That goes to the structures as well: we're taking post boxes away from communities while asking people to conduct a postal ballot," Mr Kane said.

"Most young people haven't seen a letter," Mr Donnell said. "You've got 80-year-olds who've lived in the same house for 40 years; they're going to be enrolled. A young person might have moved flats four times in the last three years."

Mr Kane, who researches what he calls 21st century citizenship, thinks young people are just as engaged as older people.

So how do councils try to reverse this decline? Is it compulsory voting, lowering the age, or offering it online, or something else? Online voting came close to being trailed in a number of local bodies in 2016 - only to be pulled by the government.

Ms O'Connell-Rapira doesn't think it would work, because there are complex underlying issues to why some people don't vote.

"You could put it online, but it fundamentally doesn't fix all of the inequities that I've been describing today about the reasons why people don't vote," she said.

"We tend to treat symptoms and not root causes. I think as long as we keep going with that approach we'll continue to have the same problems over and over again."

Panellists raised the idea of enrolment being an opt-out system, rather than an opt in - so people have to make a decision if they don't want to vote.

Or is dropping it to 16 an option?

"I think yes, but with the caveat of civics education in schools," Mr Kane said.

New Zealand is not alone; local government turnout is an issue around the world. The required change might be more structural than a few billboards - or it might just be a tenner on arrival.