An University of Auckland student says she's been in the dark after an investigation into an altercation on campus that left her on the ground. 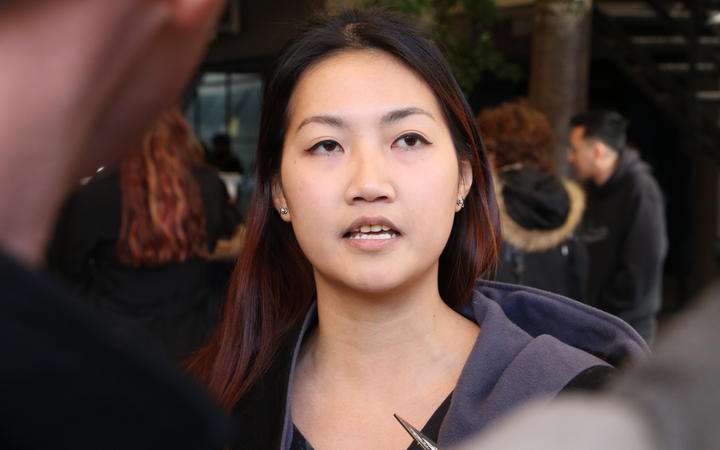 The video of the dispute between pro-Hong Kong democracy and pro-Beijing supporters has been viewed more than 100,000 times and sparked a police and university investigation.

Serena Lee spoke out on Hong Kong's controversial extradition bill to China and in an altercation with other students, said she was pushed over.

Since then Ms Lee has received abusive messages, including death threats online.

She was cleared of any misconduct but the university told her they would not be releasing any other details.

"They have identified the students, however, the details are definitely not disclosed and further details about what actions were taken [are] totally confidential to the university," she said.

Ms Lee said it was hard not having any idea about what's going on.

"As a victim, I think I should have at least been acknowledged if any actions were taken and as a student in the university, I think the university hasn't made a move to prove or convince the students and the public that they are protecting freedom of speech and academic freedom," she said.

Ms Lee said she was also shocked when she asked the university about its communication with the police.

"[I asked] since the university has the information, would they pass it to the police as [they also have] their own investigation but I was told that wouldn't happen unless there was a court order," she said.

In a statement, the University of Auckland said there had been disciplinary action but no one had been expelled.

"We want our university community to be 'safe, inclusive and equitable' for everyone," the statement read.

The university would not comment on whether it had shared information about the incident with the police.

Police said they were still investigating and urged anyone with information to come forward.