The outgoing boss of Taranaki rugby freely admits he'll "be remembered as the CEO who presided over the worst year in our very proud history". 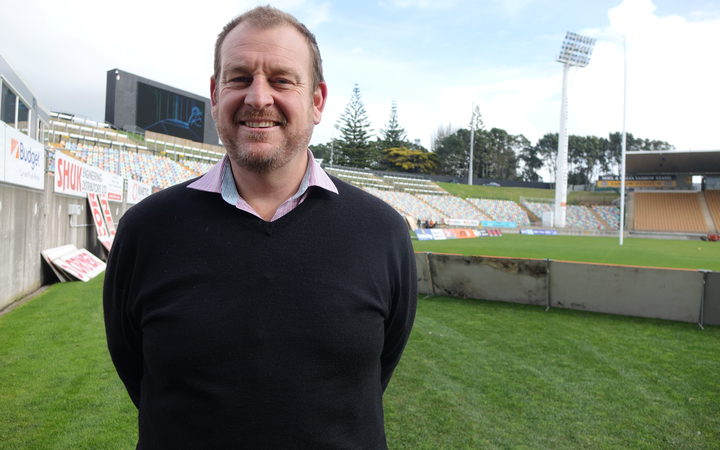 After a tumultuous 19 months in the role Jeremy Parkinson has stood down from the job.

The closure of the grandstands at the quake-prone Yarrow Stadium is one of a number of hurdles Parkinson faced during his tenure and the relegation of the Taranaki Bulls to the provincial championship was another.

But Parkinson said despite the struggles he was proud of his time at the helm of Taranaki Rugby Football Union.

"Although I will be remembered as the CEO who presided over 2018, which will go down as the worst year in our very proud history, the game is in very strong heart in the province with year on year participation growth and very loyal and patriarchal clubs that support rugby - in this region rugby is ingrained into our society, it is what you do on a Saturday."

TRFU chairman Lindsay Thomson said it was disappointing to lose Parkinson and he would be missed.

"He has carried a heavy load in the most difficult of circumstances facing the Union. He certainly received a hospital pass when the Yarrow Stadium grandstands were closed, but Jeremy has met the challenges head on and connected very well in the community."

Thompson said Parkinson had navigated the TRFU through the relocation to its temporary premisesat the Pukekura Raceway, and overseen the registration of more than 7000 players for the first time in the union's history.

Parkinson has bought a business in Kaitaia, and he and his family are relocating back to their home province.

"The timing is not ideal with regards to leaving in the middle of a Mitre 10 Cup campaign, but these sorts of business opportunities are once in a life-time and this is right for myself and my family. I will be sad to leave Taranaki Rugby as we have a really good young management team in place who all get what our reshaped business is about".

Parkinson said the foundation had been laid for a new CEO to come in and to continue to re-build the province and to lead it back to being the envy of New Zealand rugby "which is where we stood two-years ago".

Parkinson said he would miss the people of Taranaki and his staff.

"This is a people business. I am proud to say that I have visited every rugby club in the region over the last 19-months. It's all about people and thanking them for what they do in their communities to keep our game alive and healthy."

Parkinson's final day will coincide with the Bulls Mitre 10 Cup game at Yarrow Stadium against the Tasman Mako's on Sunday 1 September.

Mr Thomson said the process of replacing Parkinson would begin immediately and the board would meeting this week to discuss its options.

"We must ensure that we appoint the right person to take the business forward from the rebuild foundations that Jeremy has laid."

The Taranaki Region Council which owns Yarrow Stadium has recently approved a $50 million repair and upgrade of the facility.